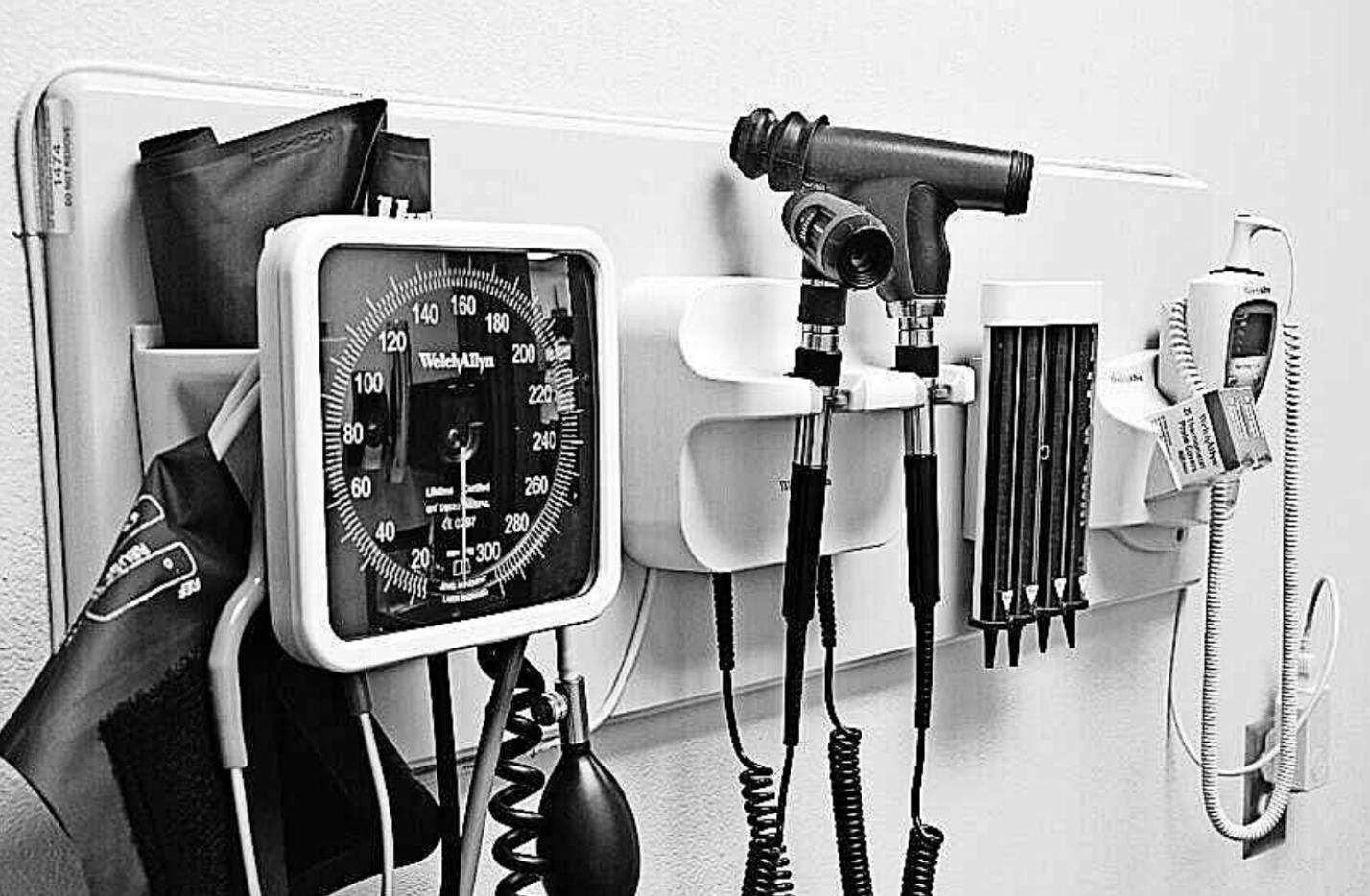 Yes, more and more of your paycheck goes to healthcare – The Kansan

Healthcare spending is growing much faster than inflation and per capita income. But that’s not because we’re getting tons more care. That’s because prices are rising so fast.

People expect a lower cost of living in the middle of the country. It’s one of the perks of choosing Wichita over Washington DC, for example

But when it comes to healthcare, not even choosing a cheaper part of the country can protect you from the pain of American medicine prices.

Kansas and Missouri are among the five states where people with work-based insurance face average premiums and deductibles in excess of $9,000 per year.

In Missouri, deductibles are so high that economists at the Commonwealth Fund consider the average, middle-income there to be underinsured.

Why underinsured? Because when deductibles add up to 5% or more of a person’s income, they start forgoing health care.

“And when people get taken care of, they often accumulate a lot of medical debt,” said economist Sara Collins. “This has financial consequences for the families.”

Collins is Vice President of the Commonwealth Fund, where she oversees its Insurance Coverage and Access to Health Care programme.

In a new report, the organization addressed a federal survey of more than 40,000 employers.

Families in Kansas who purchase insurance through work pay 36% of premiums themselves. In Missouri, 33%. The average American family pays 29%.

“It’s really hard to see how we’re going to continue to let this happen,” Wichita doctor Justin Moore said after reading the new study. “Every incentive in healthcare … is designed to increase the amount of money we take out of people’s pockets.”

Moore is the medical director of the Kansas Business Group on Health — an insurance buyers’ association that brings together 35 very diverse companies.

Some only have a few hundred employees. Others have tens of thousands. Still, everyone is struggling with how to stem the seemingly inexorable rise in drug prices and insurance so they can offer employees affordable prescriptions and quality health care.

It’s one of the country’s most pressing mysteries. More than half of Americans who are not old enough for Medicare get health insurance through work.

A recent study by the Health Care Cost Institute found that spending per person with employer health insurance has increased by more than 20% in five years.

That’s nearly three times faster than general economic inflation. And most of that increase is not due to people getting more care and medication.

Instead, two-thirds of the problem is simply due to price increases.

The separation between prices and costs

Imagine you go to a grocery store. You fill your cart with about $50 worth of groceries.

Worse, you can’t get that gallon of milk back on the shelves when you see on the bill that it’s $20.

This is American healthcare. It’s hard to know what to expect.

“Healthcare costs are so arbitrary across the country,” Collins said. “There isn’t much of a relationship between prices and the actual cost of providing a service.”

A study by think tank RAND Corporation suggests that some Kansas City hospitals are among the most expensive in the country. RAND examined the rates paid by employer health plans that voluntarily provided the information.

When the Kansas Health Institute analyzed the same data, they found something else interesting: Prices vary widely within Kansas. An emergency room visit that costs $150 in southern Kansas can cost $700 in the Kansas City area.

But the institute says Medicare would pay just 10% more for those services in Kansas City than in south-central Kansas, for example. (Medicare accounts for regional differences in costs.)

How companies deal with it

According to the Health Care Cost Institute, the healthcare industry is taking home more every year, and at a rate much faster than the growth of the nation’s per capita gross domestic product.

Insurance companies, brokers/consultants, pharmacy benefits administrators, and other insurance administrators hired to help employers navigate the healthcare industry and do good business are struggling to fight back the increases.

Investigative journalists have uncovered evidence that they sometimes contribute to the problem. Just one reason: higher bills can mean higher profits.

And so, as drug prices and insurance premiums soar, employers pass more of the cost on to workers, while at the same time depressing workers’ wages.

Premiums and deductibles in Kansas and Missouri today typically add up to about 12% of median earnings.

The situation is bad for the middle class, but it is even worse for low-income earners. The Commonwealth study found that they shell out far more for their premiums than higher earners.

Some companies are raising deductibles to curb rising premiums. In its own surveys, the Kansas Business Group on Health sometimes sees family deductibles as high as $12,000 to $17,000 per year.

Collins has more bad news for the typical worker.

“Not only are they spending more on their bonuses and deductibles,” she said, “their wages are being kept low.”

That is, employers don’t necessarily pass on all of their yearly increase in healthcare spending directly to employees. They also bear part of the increase themselves. But that cuts into the same pot of money that would otherwise have flowed into salary increases.

This compromise has not worked out well for Americans.

Researchers from Harvard and Stanford universities, who have scoured more than a decade of credit reports from across the US, found that medical debt has become the most important source of work for collection agencies.

It accounted for more than all other types of debt in collections combined.

In a 2020 survey, Commonwealth found that more than 40% of underinsured people avoided or delayed medical care or medication for fear of the bills.

proposals on the table

Decision-makers and politicians are debating a variety of solutions, but partisan politics, ideological disagreements, and deep-pocketed lobbyists make passing reform more than difficult.

It took Congress years to legislate against the healthcare industry phenomenon known as “surprise legislation” — and it was a bipartisan issue with significant public outcry for action.

The Biden administration has packed a slew of health care measures into its now-stalled Build Back Better Act.

These include continuing the temporary pandemic-related expansion of subsidies for insurance markets, which Congress passed last year and led to record participation in marketplace plans. That includes temporarily offering private health insurance for certain low-income earners who would qualify for Medicaid if they didn’t live in states like Kansas that don’t allow it.

But some of the ideas on the table don’t address the underlying and longer-term problem, Collins said: prices.

“You still have to pay for these prices that don’t really match the cost of delivery,” she said. “It’s a much bigger problem in terms of the country’s ability to afford health care in general.”

Some policymakers are proposing the introduction of state or federal public health insurance options available to people beyond those already eligible for Medicare or Medicaid. Some states have only recently enacted legislation to this end.

Meanwhile, a small number of Kansas companies have begun to look elsewhere in search of savings.

Some have joined coalitions that directly negotiate prescription drug prices to cut pharmacy middlemen out of the cost equation. Others have hired middlemen to import drugs from abroad for much less than Americans normally pay.

Still others have turned their backs on brokers, who get secret perks — from fancy vacations to hard cash — from insurance companies for selling their wares. Some employers instead chose brokers who avoid conflicts of interest.

A third set of strategies is to cut insurance companies out of the equation by contracting directly with GPs to see staff (often for a monthly fee) or setting rates directly with hospitals.

In the absence of solutions at the state and federal level, companies are left to rock the boat on their own, Moore says.

“In the short term, I think it is,” he said. “Employers looking beyond their traditional relationship with an insurance company, broker, or pharmacy benefits administrator. And just look for solutions.”

— Celia Llopis-Jepsen covers consumer health for the Kansas News Service. You can follow her on Twitter @celia_LJ or email her at celia (at) kcur (dot) org.

The Kansas News Service is a collaboration of KCUR, Kansas Public Radio, KMUW, and High Plains Public Radio that focuses on health, the social determinants of health, and their connection to public policy.