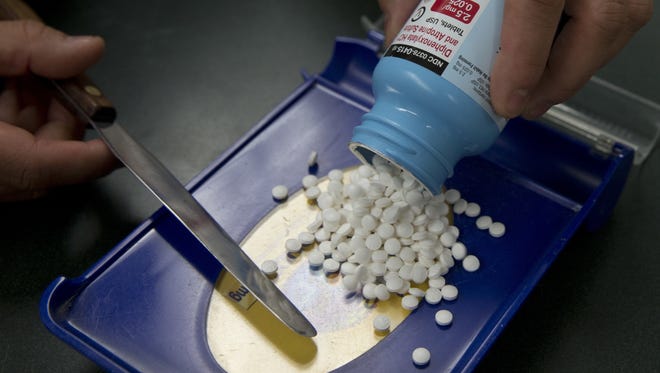 We need to reduce the high cost of prescription drugs.

It’s been a long time, but I remember like it was yesterday: my parents were on the verge of bankruptcy when they used up their savings to pay for health care bills for my 11-year-old sister who struggled for a lifetime. impending illness.

Many years later, families in Arizona still suffer the same fate. One in four Americans says they ration or skip their medication because of the cost of prescription drugs, and one in three has seen prescription prices rise in the past year.

It feels like America’s prescription drug system is broken, but the truth is far worse: it’s rigged for Big Pharma to get its way. It’s rigged because some Washington politicians upheld a corrupt deal for years and took millions of dollars in campaign money in exchange for blocking laws that jeopardize Big Pharma’s record profits.

Only recently, Big Pharma funded millions of dollars in television advertising on behalf of politicians, just as those same politicians said they refuse to allow Medicare to negotiate lower drug prices. Conicidence? Certainly not.

Our corrupt system is devastating the citizens

This corrupt system means that Americans pay the highest prices for prescription drugs in any country in the world.

When I ran for Congress in 2018, I made it clear that I would always be on the side of the Arizona families – and not Big Pharma. That’s why I promised not to take a penny from the prescription drug companies.

I refuse to be a Big Pharma Pawn and I even took them on.

On the House of Representatives Judiciary Committee, I pushed antitrust legislation to encourage competition and innovation within the prescription drug industry, prevent price gouging, and make life-saving drugs more affordable.

The entire House of Representatives passed the Lower Drug Costs Now Act, which would help improve the playing field for American patients and taxpayers – but predictably the bill was foiled and died in the Senate.

Congress can get a fair deal

Now Congress has an opportunity to do something bigger to get Arizona people a fair deal by allowing Medicare to use its immense clout to negotiate lower prices on life-saving prescription drugs.

It’s a sensible solution, backed by Senator John McCain, and one of the cornerstones of President Biden’s Build Back Better agenda before Senate negotiators put it down.

Negotiating drug prices – and extending those savings to our entire healthcare system – makes sense. It will lower the prices of private insurers and employer health care for businesses large and small, and according to the congressional bipartisan budget bureau, Arizona residents could see savings of more than 50 percent on some drugs.

For those concerned about our country’s budget, consider the following: The plan would cut federal spending by $ 456 billion and increase revenue by $ 45 billion over the next decade.

Big Pharma is swimming in profits

Here in Arizona we pay three, four, and sometimes ten times more for life-saving prescription drugs compared to other developed countries. From 2007 to 2018, pharmaceutical companies increased list prices for prescription drugs by 160 percent.

And just last year, the five largest pharmaceutical companies made a combined profit of $ 51 billion.

It is not too late to get it right and change this rigged system for good.

It is time for everyone in Congress, especially those representing Arizona, to look in the mirror and think about who they are really serving.

We owe it to families who are going through difficult times, to those who are forced to make the impossible choices – families like me – to do the right thing.

Greg Stanton is a United States Congressman representing the 9th Congressional District of Arizona, which includes all of Tempe and portions of Phoenix, Scottsdale, Mesa, and Chandler.