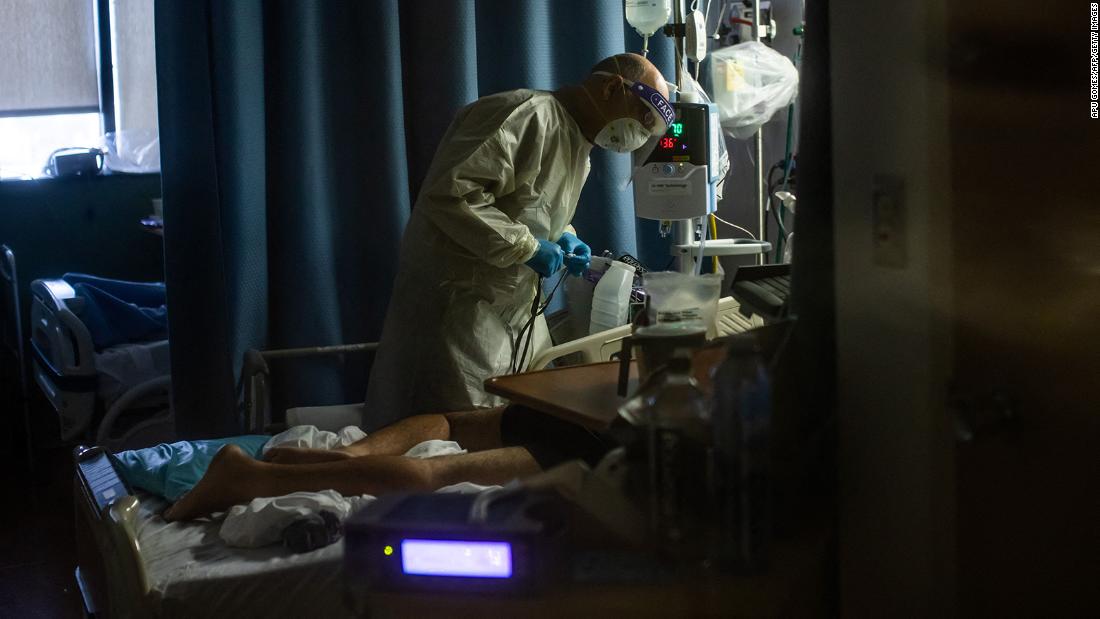 US coronavirus: Between Covid-19 and flu, health professionals are preparing for the coming winter, says an expert

“We are preparing for a terribly busy winter,” said Dr. Megan Ranney, assistant dean of public health at Brown University, CNN on Tuesday.

And hospitals are trying to keep up with the number of patients. Staff shortages and staff fatigue in Pennsylvania hospitals have reached the point where some health systems are offering staff signing rewards, lending, and other incentives. And in Wyoming, nearly 100 members of the state’s National Guard were activated Tuesday to help hospitals cope with the surge.

And although it is not yet clear what this year’s flu season will have in store, it could put additional strain on the already strained health system.

“Flu is still a killer, not as much as Covid-19, but between 12,000 and 50,000 Americans lose their lives to flu every year,” said vaccinologist and dean of the National School of Tropical Medicine at Baylor College of Medicine, Dr. Peter Hotez.

In fact, the flu numbers were relatively low last year, but experts said that doesn’t necessarily predict how this year will play out.

“Let’s make it clear why the flu cases were so low last year because we were all masked and all distanced ourselves,” said Ranney. “These things are no longer done in the vast majority of the country.”

Vaccines are the safest way to get the pandemic under control, experts say, but rates are still lower than necessary. Approximately 54.8% of the US population are fully vaccinated, and the vaccination rate has dropped 30% last month, according to data released Tuesday by the US Centers for Disease Control and Prevention (CDC).

Now health officials are asking the public to get both their Covid vaccine and their flu shot.

Some vaccination clinics across the country offer both vaccinations – and encourage people who come for one to make sure they have the other.

“If someone comes who wants the flu vaccine and hasn’t received a Covid vaccine, we can encourage them to get both, or vice versa,” said Dr. Robert Hopkins, chief of general internal medicine at the University of Arkansas for Medical Sciences and chair of the National Advisory Committee on Vaccines.

If health care providers can encourage people to do both, “we will potentially have a greater impact on both disease prevention efforts,” said Hopkins.

Two-dose vaccine against Johnson and Johnson is 94% effective, the company says

A two-dose version of the vaccine offers 94% protection against symptomatic infections, the company said Tuesday.

Johnson & Johnson’s single-dose vaccine received emergency approval from the U.S. Food and Drug Administration on February 27. It has been given to approximately 14.8 million Americans, according to the CDC.

The company released some details on three studies examining different aspects of its Janssen vaccine and said that, taken together, they showed that the vaccine offers long-lasting protection that could be reinforced with additional vaccination.

â€œOur unique vaccine creates strong immune responses and a long-lasting immune memory. And when a booster dose of the Johnson & Johnson COVID-19 vaccine is given, the level of protection against COVID-19 is further increased, “Dr. Mathai Mammen, Global Head of Janssen Research & Development, said in a statement.

A second study showed that people who received a booster dose six months or more after their first dose had a 12-fold increase in antibodies – compared to a four-fold increase in people who received a second dose after two months. So the protection should be stronger if people get boosters later, said Dr. Dan Barouch, director of the Beth Israel Deaconess Center for Virology and Vaccine Research, told CNN.

CNN used data from Johns Hopkins University and the CDC for the analysis.

The states with the lowest vaccination rates have less than 45% of their residents fully vaccinated. These are Alabama, Arkansas, Georgia, Idaho, Louisiana, Mississippi, North Dakota, Tennessee, West Virginia, and Wyoming.

The 10 states with the highest vaccination rates have more than 62% of their residents fully vaccinated. These are Connecticut, Maine, Maryland, Massachusetts, New Jersey, New Mexico, New York, Rhode Island, Vermont, and Washington.