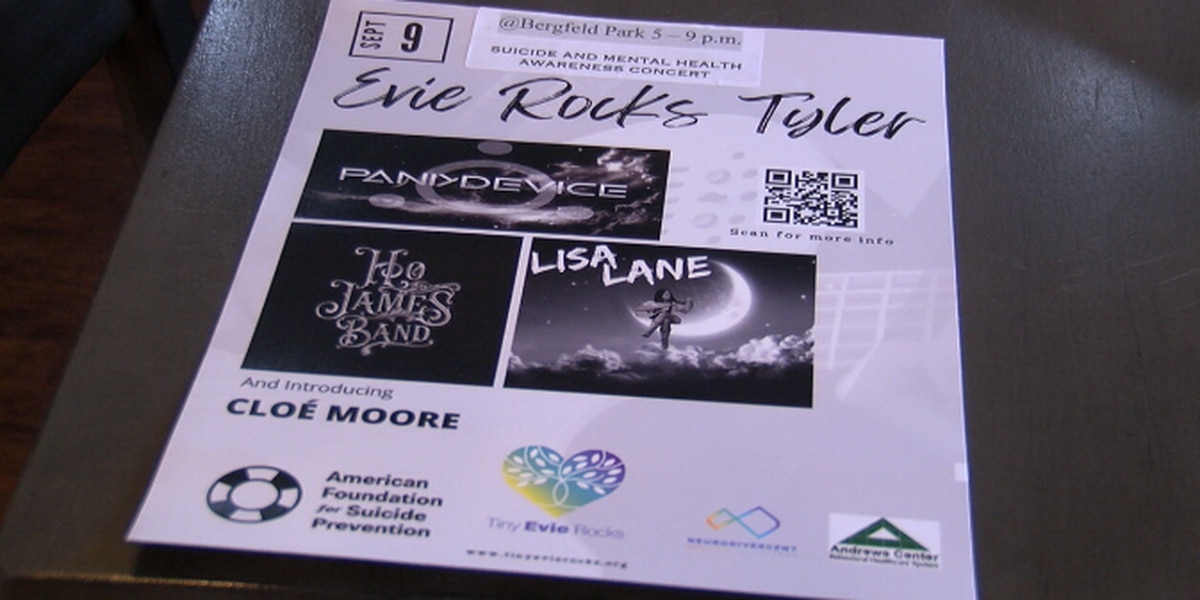 Tiny Evie Rocks was founded by Michael and Jessica Domingos in 2019 after they lost their 12-year-old daughter Evie to suicide. This is the first year they’re hosting this concert and it’s taking place during National Suicide Prevention Week.

Explaining the goal, co-founder Jessica Domingos said, “After losing our daughter Evie to suicide, we realized there was a huge stigma attached to mental health and suicide. We want to break that stigma, and the way to do that is to start a conversation.”

There will be food trucks, local artists will play all night and more than 20 booths will offer community mental health resources.

“It all just came together so beautifully. Everyone just believed in our cause and wanted to be part of the conversation,” Domingos said. “We feel truly blessed to have the support of so many great people and some great bands.”

Lisa Lane is one of the playing musicians. She said some artists she has been influenced by are Stevie Nicks and Jewel. Such a concert concept comes close to her.

“My father committed suicide when I was little. He was actually a musician so I got some of my talent and influence. He was a drummer and a singer,” Lane said. “Unfortunately, he just couldn’t get over his illnesses and a lot was kept secret at the time, people didn’t really talk about mental illnesses. And I think this is a great opportunity for people to shine a light on that.”

Why the concert genre is rock, well this is Evie and her family’s favorite music.

“Evie was a big rock fan. She was a KISS fan, she liked Journey, all rock ‘n’ roll. Like ’70s rock ‘n’ roll, she just has a passion for music,” Domingos said. “What better way to honor her than to bring the community together with music and have this conversation about mental health and suicide?”

The free concert takes place this Friday night from 5pm to 9pm at Bergfeld Park in Tyler.

If you or someone you know needs someone to talk to, the national suicide hotline is 988.

The health insurance market in Saudi Arabia is highly concentrated