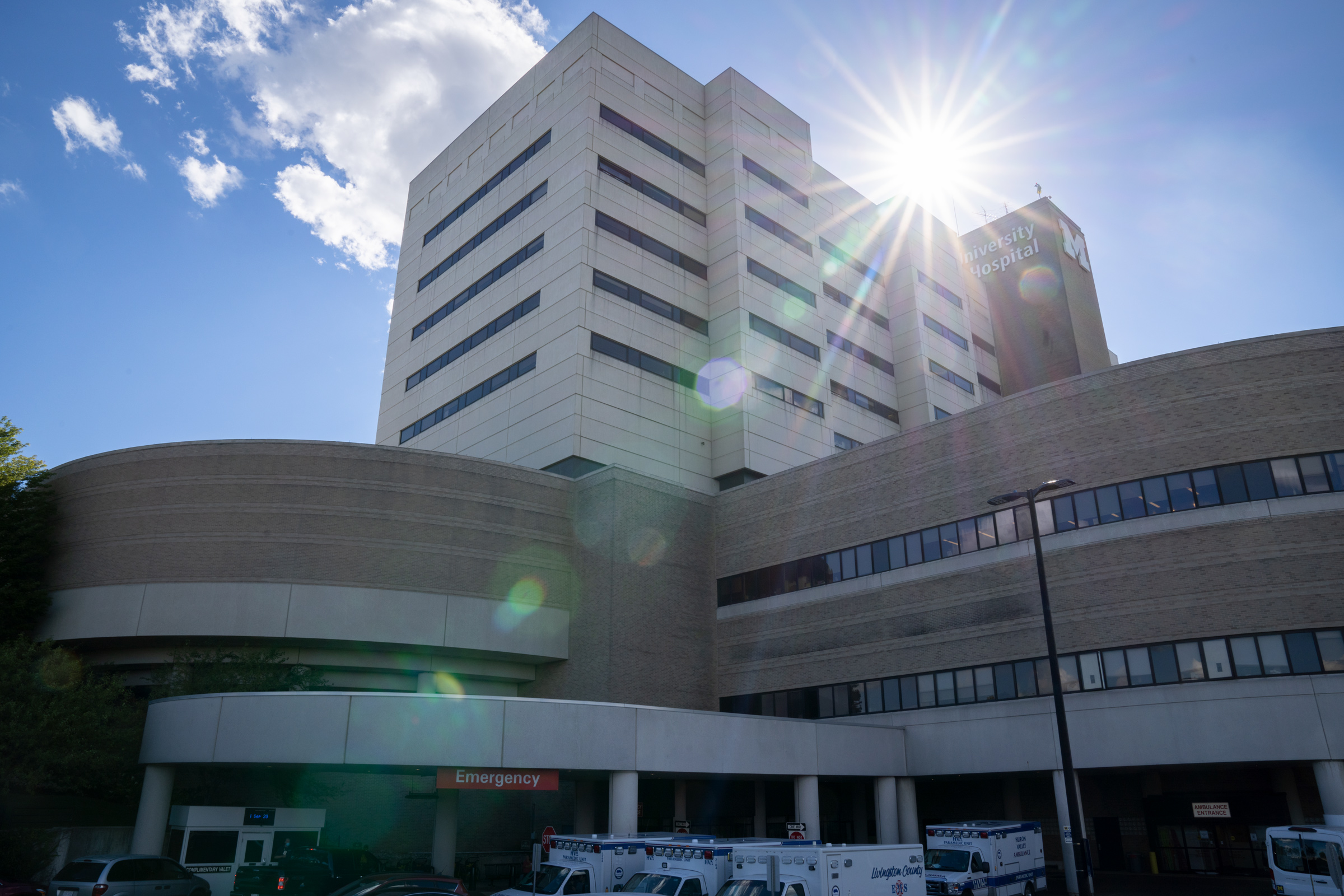 Before nursing junior Josiah Ratts is licensed to practice nursing in the state of Michigan after graduating in two years, he will undergo a two-hour training course for implicit biases. At a press conference on June 1, Governor Gretchen Whitmer and the Department of Licensing and Regulatory Affairs (LARA) announced a new mandatory training requirement for all healthcare workers.

Beginning in June next year, every new healthcare provider seeking a license to practice medicine will have to complete two hours of training on implicit prejudices. In addition, existing healthcare providers are required to attend a training session each year. According to the press release, training programs are offered by accredited colleges and universities, government-approved organizations, and other organizations specializing in diversity, equality and inclusion.

“These (new) rules aim to reduce disparities and improve equity in the delivery of health care to Michigan residents through the hands-on training of new and innovating licensed health professionals,” the press release said.

Last July, Whitmer signed a directive mandating LARA to develop a new tacit bias training requirement for healthcare professionals. She cited research showing that COVID-19 is more than four times more common among black Michiganders than white Michiganders. Ratts commented on the importance of the training.

“We know there is research to show us that there is an implicit bias affecting the care of minority and low-income people across America,” Ratts said. “I think it’s really important and I’m actually glad that something like this comes out.”

Medical student Benjamin Moy said he believes the sudden influx of patients chatting with various health professionals and sharing their experiences during the COVID-19 pandemic has increased the medical community’s awareness of implicit healthcare biases. However, Moy stressed that implicit bias was pervasive in the healthcare sector long before the pandemic began.

“The pandemic has certainly paid more attention to many long-standing inequalities in health care,” Moy said. “It’s really accelerated and brought a lot of these issues to light in a new and fresh way.”

Pino D. Colone, president of the Michigan State Medical Society (MSMS), said in a press release that MSMS is not in favor of prescribing implicit bias training. Colone emphasized the state’s pre-existing obligation for physicians to complete additional hours of medical education beyond medical studies. He also noted that his organization rejects compulsory education regardless of its merits.

“MSMS has been involved in this conversation (through mandate) with the state and others across the healthcare sector for many months,” Colone said in the press release. “The ramifications of this problem are real … We stand with all of our colleagues in saying that bias of any kind has no place in medical practice.”

Marta Wyngaard, a former Michigan Medicine patient, said she believes healthcare workers may find it difficult to adjust to new changes like the new training mandate. She suggested that doctors from Michigan Medicine and other medical institutions, not used to attending this type of annual training, may be reluctant to change their established routines.

“It’s a difficult process that compares to anything new,” said Wyngaard. “(The new mandatory training) will create a lot of resistance, but (implicit bias) needs to be addressed, especially when you see the numbers and data that show that one group is biased and treated better than another.”

Michigan is only the second state to require implicit bias training for all health professionals, despite Illinois and Maryland lawmakers introducing similar bills in 2020 that could become law in the near future. In 2019, California became the first state to officially pass law that allows implicit bias training to be included in all doctor, surgeon, and nurse education programs by January 1, 2022.

“I think (mandating training) is a newer idea that is spreading,” Fernandez said. “I think, even if there aren’t many states currently implementing these procedures, I assume that more states will implement such rules in the coming months and years.”

Fernandez said, however, that many smaller, private practices have yet to develop this type of training as they often have fewer resources and training programs were not previously commissioned by the government.

“I would say that there is definitely less of a trend of these types of (small doctor’s offices) offering this type of training,” Fernandez said.

As a Hispanic person, Wyngaard said she had never experienced personal bias as a health care patient. However, she said she noticed other Hispanic patients encountered implicit bias when she volunteered to be an interpreter at her local hospital. In particular, Wyngaard recalled translating for Spanish-speaking patients with female identification, and said she felt that the white, English-speaking doctors treated these patients differently than they would have treated a white, straight man.

“I would be interpreting for Spanish-speaking women there with students studying to be doctors, so I saw bias (in the healthcare sector),” said Wyngaard. “The white children who were rich children – the doctors and the doctors – neither saw nor understood these women who did not speak English.”

Moy agreed with Wyngaard, saying he believes the new compulsory education will allow healthcare providers to better individualize the care of each patient.

“I was particularly encouraged when I heard about this new initiative,” said Moy. â€œI think bias has long been neglected in the health system. I feel that many of the changes in society are causing health systems to look more closely at these issues and see how treating patients is not limited to just how we can resolve disease. “

David J. Brown, Assistant Dean of Health Equal Opportunities and Inclusion at Michigan Medicine, wrote in an email to The Michigan Daily that the mandatory training will raise awareness of unconscious biases among health workers about certain groups, and it will show how these biases could create unintended treatment inequalities.

“This workout is a good first step,” wrote Brown. â€œStill, we also need providers who model behaviors that reduce health inequalities, take accountability measures, and educate providers about other things that affect health care for BIPOC individuals, including social determinants of health, racism and restorative justice. “

Fernandez said that in the future it will be important to define what exactly constitutes adequate anti-bias training. As universities and other organizations work to develop programs before training is officially required to gain medical approval in June, Fernandez said that hopefully the training will become more structured and centralized.

“I could see this as a kind of platform and a standard on which we can start and develop and focus these requirements further,” said Fernandez. “It’s a start, but I think these social issues go much deeper than a two-hour tutorial.”

As Ratts looks forward to his graduation and acquisition of his nursing license, he, too, remains confident that the training programs will help him and other health care workers understand and correct their prejudices. But, Ratts said, mandate training is just the beginning of a long road to full justice in healthcare.

“I think it’s definitely a good first step, but I think there is definitely more work to be done,” said Ratts. “This is a simple policy that applies to a much larger issue, so we honestly cannot expect all racism in healthcare to go away.”