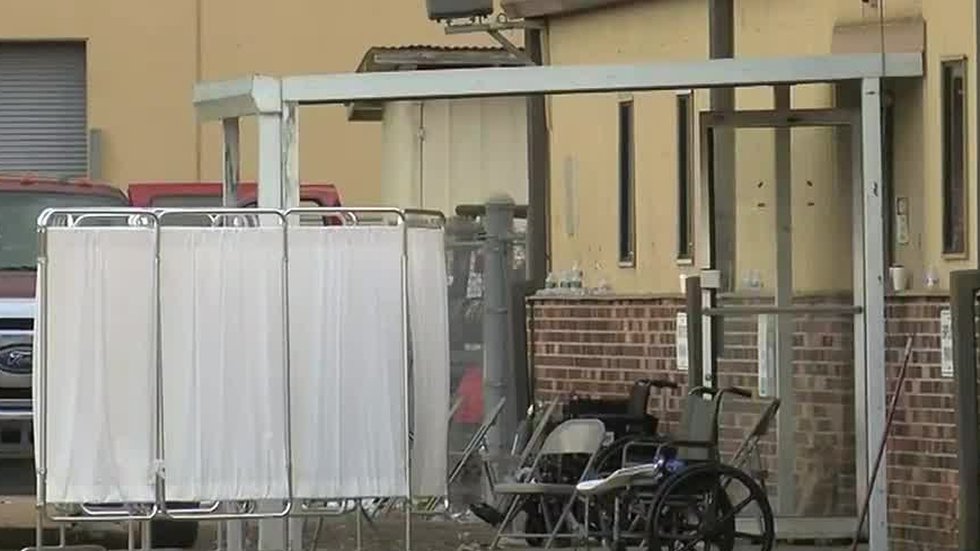 The US Department of Health and Human Services Inspector General announced that Dean was banned from participating in state health programs because of his involvement in seven nursing homes in Louisiana.

The plot follows what happened in the town of Independence, Louisiana in the wake of Ida. Over 800 nursing home residents were evacuated to a warehouse in Ida, and there were complaints of deplorable conditions that prompted the Louisiana Department of Health and Human Services to rescue the residents.

Early on, some people said they didn’t know where their loved ones were.

“We had no idea, so at that point I didn’t know if my mother was dead or alive,” said Renetta Derosia.

And Sabrina Cox said at the time: ‘Well, I came here and I’m not sure. I want us all to get together and find out where our loved ones are and make sure they are taken care of?”

In its press release, HHS’ IG wrote, “The Louisiana Department of Health and Human Services revoked the facilities’ licenses to operate as nursing homes due to multiple violations of state law that left seven residents dead and hundreds more neglected and endangered following Hurricane Ida in August 2021 .As a result, OIG has shut out the nursing homes and their owners.”

And the federal agency said: “State health inspectors made several on-site visits and observed how residents were suffering in inhumane and deplorable conditions. Inspectors found that residents slept on mattresses on the floor less than a foot apart near standing water, some partially undressed or completely naked, and others calling for help or being left alone with full diapers. The building smelled of urine while garbage and dirty laundry piled up. Inspectors also found that Mr. Dean attempted to threaten, intimidate and interfere with their assessment of the premises. In the end, seven residents died, and Louisiana revoked their nursing home licenses for multiple documented violations of state laws, including cruelty and indifference to the residents’ welfare.”

“We agreed on this months ago. The origin of this exclusion is that the La. LDH is trying to revoke Mr. Dean’s licenses. We are currently taking this matter before an administrative judge here in Baton Rouge. If we are successful in this lawsuit, we will be reinstated by Federal HHS. “

Do you see a spelling or grammatical error in our story? Click here to report it. Please enter the title.