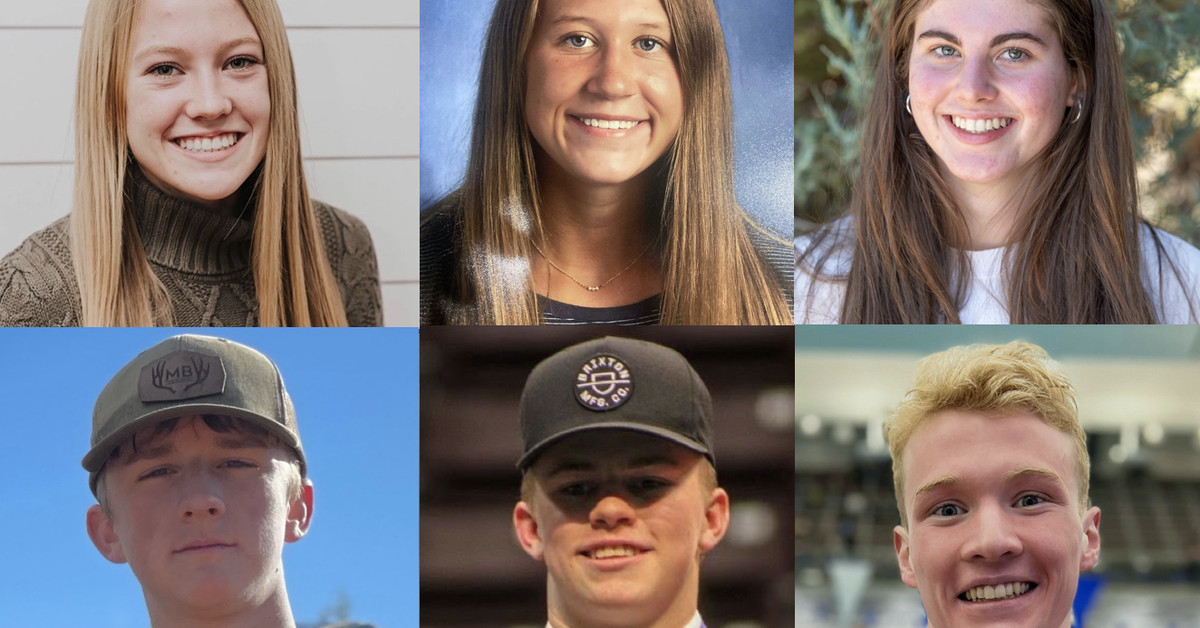 It’s been a season of ups and downs for Kanab this year, but Jordan Cornell has ensured Kanab goes into the State 2A with a boost.

“Jordan is an exciting and fun player to coach. He loves the game of basketball and the game loves him back. We’ve leaned heavily on him over the past few weeks as we try to solidify our team’s identity. I loved pushing him forward as a leader more than anything,” said Kanab coach Jerron Glazier.

Cornell is one of the top 3-point shooters in the state as he averages 3.7 3s per game, which ranks second statewide behind Olympus’ DowDell.

Cornell ranks fourth in the 2A rating as he averages 16.7 points per game, along with his 3.3 assists per game.

Herriman has won four straight games in the region going into the final week of the season and senior Lexi Jensen’s consistent placement has been one of the catalysts.

“Lexi works harder on her game than anyone I’ve ever coached. Her success is no surprise, it comes from putting in the time every day,” said Herriman coach Kent Smith. “Lexi leads by example when it comes to hard teamwork and a great teammate. Lexi makes a little of everything for us. She shoots the ball. She rebounds well for a guard, defends and plays for others. “

Jensen has had double-digit goals in every game during Herriman’s current winning streak, and in all but four games this season.

Jackson Dubose was instrumental in leading Sky View to its first state swimming championship for boys in the school’s history.

“Jackson is one of the most dedicated and hardworking athletes I have ever coached. He pushes himself to the best of his ability every day in the pool. He’s also very good at asking what he can do better with his shots and runs, taking that and making the changes to his shot. I know if I tell him he’s going to change something about his shot, he will,” said Sky View coach Marcus Singleton.

Dubose’s victory came in the 200 individual medley when he finished in 1:57.72, the only 4A swimmer to post a time under two minutes. His time ranks sixth in the entire state.

“Not only is he strong physically, but mentally as well. He is very kind and caring of others, never says anything negative about himself or others, and exemplifies the core qualities I try to instill in all my athletes: relationships, character and knowledge. All of this and more makes Jackson a great swimmer,” said Singleton.

Olivia Cowan finished on the top podium four times at the 3A state swim meet last week as she capped off her high school career in style.

“Olivia is a well-balanced athlete who trusts the process of consistent hard work. She understands that success comes with ups and downs and she trusts that she will deliver when it matters most,” said judging coach Sage Maaranen.

Capped off a stellar season with a perfect performance at the 1A State Wrestling Tournament last week as Cael Houston became both the individual and team state champion.

“Cael Houston’s goal has always been to become a state champion. This year, with hard work, sacrifice, and a great attitude, he was able to achieve that goal. He was honored in addition to winning the state championship as the most outstanding wrestler. He was an excellent leader and is a great example for the team,” said Panguitch coach Colin Marshall.

Houston went 3-0 in the 157-pound three-pin bracket in a dominant performance at the state meeting at the Sevier Valley Center. He finished the season with a 38-5 record, and his performance in the state helped win a third straight state championship by a margin of over 100 points over second-place Altamont.

Mattee Turnbow won her only match at the 4A Division A State Qualifying Meeting last weekend, securing her top seed for the 4A State tournament.

The freshman owns a 14-7 record in her freshman year of high school, which includes a win at the Utah All-Star Duals last month. Earlier this season, she had placed second at the MC Filly Invitational.

Turnbow will be one of the wrestlers to beat in the 105-pound weight division at the 4A State Championships in Richfield this weekend.