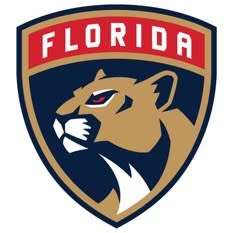 The game includes special promotions to raise awareness as part of Stress Awareness Month and the significant increase in mental health concerns resulting from the COVID-19 pandemic.

MIAMI, April 21, 2022 /PRNewswire/ — Solis Health Plans, a 4-star Florida Medicare Advantage Plan, is excited to be the presenting sponsor as the NHL Florida Panthers take on the Detroit Red Wings April 21, 2022 at the 7:00 p.m. EDT. The theme for the evening is Mental Health Awareness and will focus on the importance of mental wellbeing for Panthers fans.

Mental health has always been a priority for Solis Health Plans, with similar conditions affecting approximately 20% of older adults in Germany The United States. Mental wellbeing has been particularly hard hit after a pandemic that has left so many lonely and isolated. When mental health is affected, physical health is affected as well.

Solis regularly raises awareness of the issue, provides information to improve mental wellbeing, and encourages people to get the help they need. Mental health disorders are non-discriminatory and affect millions. In 2020, 52.9 million people suffered from a mental illness. (National Institute for Mental Health)

“Solis is the only Medicare Advantage plan in the State of Florida with a foundation of mental health leaders,” said the Solis CEO Daniel Hernandez. “We are proud to be involved with the Florida Panthers organization and to align our goals by providing mental health awareness, resources and support to fans in the area. It is important for people to know that mental illness CAN be treated. If you or a loved one is suffering, Solis can support you on your journey to well-being.”

About Solis health plans
Solis Health Plans is a community-focused Florida Medicare Advantage health plan that offers a superior member experience and exceptional service to its members, providers and brokers. Solis offers competitive plans with extended benefits in multiple countries. The company is locally based and describes itself as an Un-Corporate Plan: personal instead of bureaucratic, innovative instead of risk-averse and accountable instead of ambiguous. Solis Health Plans strives to exceed expectations and be the plan of choice for the communities served, with the goal of achieving better healthcare outcomes.

About the Florida Panthers
The Florida Panthers joined the National Hockey League in 1993 and became one of the most successful freshman expansion teams in NHL history. In their third season, the Panthers made the 1996 Stanley Cup Finals memorable during their Year of the Rat run as fans South Florida covered the ice with rubber rats to celebrate goals and victories. In 1998, the Panthers moved from the Miami Arena to their current home Sunrise Fla.FLA Live Arena, where the club has won two division titles (2011-12 & 2015-16), twice hosted the NHL Draft (2001 & 2015) and the 2003 NHL All-Star Game. FLA Live Arena will also host the upcoming one NHL All-Star Game 2023 welcoming the best talent from across the league South Florida. Managed by the owner Vincent J Viola Since September 2013, the organization has focused on building a winning culture South Florida while you focus on investing and spending time in it community in South Florida. Under General Manager Bill Zitothe Panthers have developed into a fast, dynamic and exciting team that boasts team captain and 2020-21 Frank J. Selke Trophy recipient Aleksander Barkov, elite young playmakers Jonathan Huberdeau, Sam Reinhart, Sam Bennett, Anthony Duclair and Carter Verhaeghebrave defenders Aaron Ekblad and MacKenzie Weegartwice winner of the Vezina Trophy Sergei Bobrovsky and a great roster of proven and promising NHL talent. The Panthers established themselves as one of the best offensive teams in the NHL in 2021-22, entering the All-Star Break at the top of the league rankings in terms of goals scored and points accumulated Jonathan Huberdeau Pace of all skaters in assists and points. The Cats have also established themselves as one of the best home teams in the league and have taken advantage South Florida faithful to transforming the FLA Live Arena into one of the most imposing sporting environments.