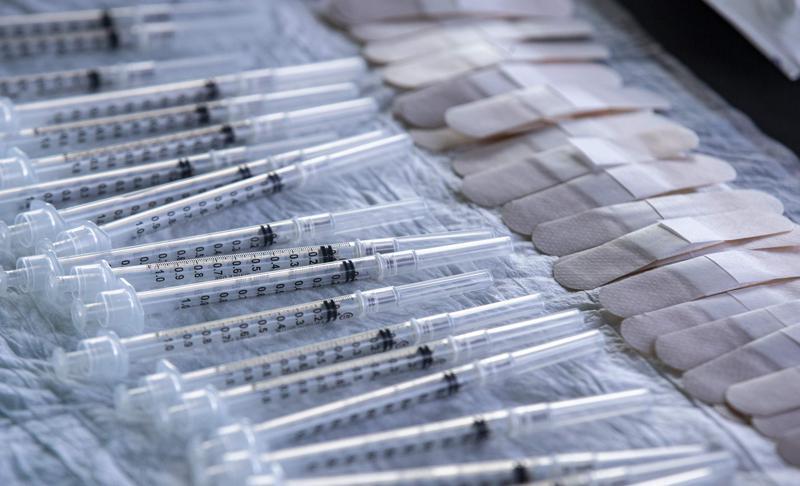 Should unvaccinated people be denied health care? The medical ethicist from Iowa gets involved

Medical ethics tells us that providers should never limit or refuse care based on immunization status, says a University of Iowa expert.

The recent surge in the pandemic, fueled by the highly transmissible omicron variant of the coronavirus, has resulted in a sharp spike in COVID-19 cases that threatened to overwhelm hospitals in Iowa and across the country. Healthcare system leaders warned that if they ever reach their breaking point, they may not have capacity for all patients in need.

The situation has changed, and hospitalizations across the state have declined in recent weeks. Case numbers and positivity rates are also down according to the latest coronavirus data.

Even at the peak of the surge, vaccination rates didn’t change dramatically. As of this week, about 61 percent of all eligible Iowans age 5 and older are fully vaccinated. In most cases, the most seriously ill patients in hospitals were those who were not fully vaccinated.

Some have argued that unvaccinated patients should be treated last, or even turned away altogether. Many people have expressed these opinions on social media. Some public figures – like Howard Stern – used their platforms to voice these thoughts publicly.

But according to the Hippocratic Oath and other principles followed by medical professionals, a patient’s decision not to be vaccinated should not be a reason to refuse treatment.

“It would be unethical to refuse treatment to a patient in need of medical care,” said Dr. Lauris Kaldjian.

“When we treat people according to their needs, we don’t refuse treatment if someone hasn’t done what we think they could have done to avoid getting sick.” — dr Lauris Kaldjian, University of Iowa ethicist

Kaldjian holds the Richard M. Caplan Chair in Biomedical Ethics and Medical Humanities at Carver College of Medicine at the University of Iowa, where he teaches ethical decision-making in clinical settings and other topics to medical students.

He is also a member of the University of Iowa Hospitals and Clinics Ethics Committee and serves as an advisor to the hospital’s Ethics Advisory Service to help other providers address moral and ethical issues that may arise in patient care.

Healthcare providers must treat all patients equally, based on their needs and not on what they merit or what someone else thinks they deserve, Kaldjian said.

“And when we treat people according to their needs, we don’t refuse treatment if someone hasn’t done what we think they could have done to avoid becoming ill,” he said.

In a hypothetical situation where COVID-19 overwhelms hospital resources and limits capacity, that duty remains the same, Kaldjian said.

This also applies to whether patients have followed other healthy behaviors recommended by providers. A smoking habit, for example, would not prevent them from receiving treatment, he said.

Traditionally, access to care has not been based on patient behavior

Ethics must be consistent, Kaldjian said. Since access to healthcare has not been based on patient behavior so far, this modern question surrounding COVID-19 vaccination should not.

“In general, we can’t just apply it to what’s important to us right now,” he said. “We have to ask, what are the implications of this? If we don’t like the broader implications of this reason, you need to step back and realize that the reason wasn’t as compelling as it felt.

It is a healthcare provider’s job to recommend treatments to improve patients’ health, and educating them about the importance of healthy habits, including immunizations, is part of that role.

But at the same time, they should never force patients to accept treatments they don’t want. Kaldjian said medical professionals should respect patients’ dignity and agency – “even if we believe a patient is making a decision that will harm them.”

“This is a fundamental freedom that we should all respect, and it touches on another fundamental part of medical ethics, which is the need to respect patients as persons rather than treating them as mere bodies,” Kaldjian said.

The American Medical Association, the nation’s largest association of physicians, has consistently emphasized this commitment as calls have been made throughout the pandemic to deny care to unvaccinated people.

Comparison to the AIDS epidemic in the 1990s

Kaldjian said he saw a similar scenario in the 1990s during the AIDS epidemic. Some believed that patients with HIV infection should not be treated because they are responsible for their infection. But Kaldjian said the broader medical community has spoken out against this belief, reiterating a duty to care for all patients, regardless of the decisions that may have led to their infection.

It’s also important to consider why people might choose not to get vaccinated against COVID-19. Kaldjian said it’s safe to assume everyone wants to do what’s healthy for them and that they may have good reason to believe the vaccine is the best way to stay healthy.

“I think what’s most likely to happen in cases like this is that people who refuse vaccination have just come to a different conclusion about the benefits and risks of vaccination,” he said.

Revisions to the Mental Health Law in Georgia