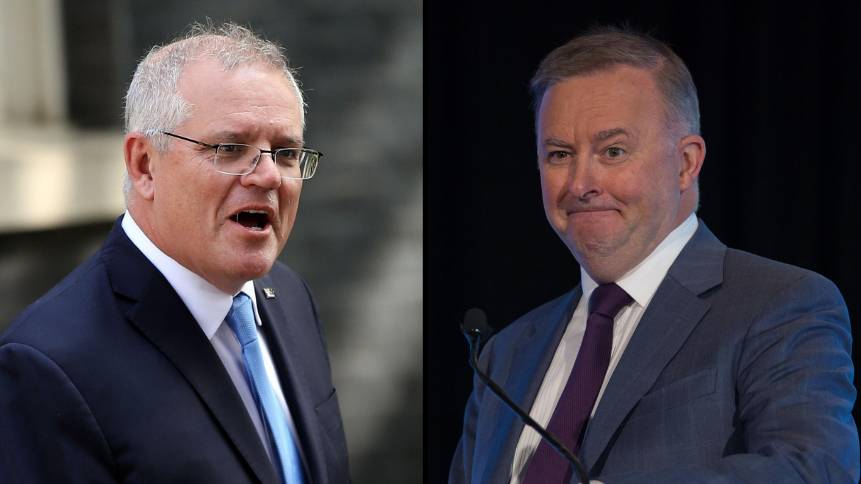 Scott Morrison and Anthony Albanese faced each other on primetime television and the debate went as well as one could have imagined.

It all began to fall apart for the Prime Minister and opposition leader when journalist Deb Knight asked the leaders a very direct, but also somewhat curly question: “How do you define a woman?”

Albanese responded with, “A grown woman.”

The Prime Minister said: “A member of the female sex.”

Knight tried to push the couple on gender and identity before delivering a few brutal blows to the Prime Minister and his track record with the female population.

“Mr. Prime Minister, do you think you have a problem addressing women?” she asked Morrison.

He responded by listing statistics on domestic violence and government funding for women’s health – some of which were only released a month ago, as an election loomed.

But the prime minister was then asked if he thought the issue of the treatment of women in parliament had been resolved.

“No, I don’t think it has been resolved,” the prime minister said.

But it wasn’t just a classic Scott Morrison pile-on; Albanese was also asked why he wasn’t investigating allegations of bullying against the late Senator Kimberley Kitching.

The Labor leader described her death as a “tragedy” and added that his party would implement Kate Jenkins’ recommendations [email protected] Report on Improving Safety for Women in the Workplace.

As the polls open to early voting starting today (9 May), the safety net has been pulled away under the top two.

This could explain why it wasn’t long before the leadership debate descended into chaos, with the two men yelling at each other and ignoring host Sarah Abo as she tried to stop the pair from hitting each other.

Morrison stumbles when he starts talking about the murder of women in domestic violence, then mentions Ms Jenny and stumbles when he talks about IVF. clueless 😠#60 minutes #LeadersDebate#votes #Auspol

The couple also fought over China, Medicare, the National Disability Insurance Scheme and the economy.

It was hard to tell who won over the female voters that night as the Leader’s Debate was heavily criticized for being a hot mess.

Over the years, Scott Morrison has been criticized for his handling of women’s issues.

Throughout his tenure as Prime Minister, he has failed to address sex and rape allegations in Parliament, citing his wife Jenny for helping put the issue in perspective for him.

In February 2021, Morrison told reporters he had spoken to his wife about an alleged rape at Parliament House in 2019.

“She said to me, ‘You have to think about it first as a father. What would you want if it were our girls?’

Why can Scott Morrison never answer a question about women without mentioning Jenny? #leadership debate

While seeking clarity on our soundboarding work ideas from friends or family can be a useful tool in the workplace, many women took the Prime Minister’s admission as rape that needed explaining to him.

The politician also noted that while female workers have had some “tough” years due to the pandemic, he has pledged to improve their working conditions and raise wages.