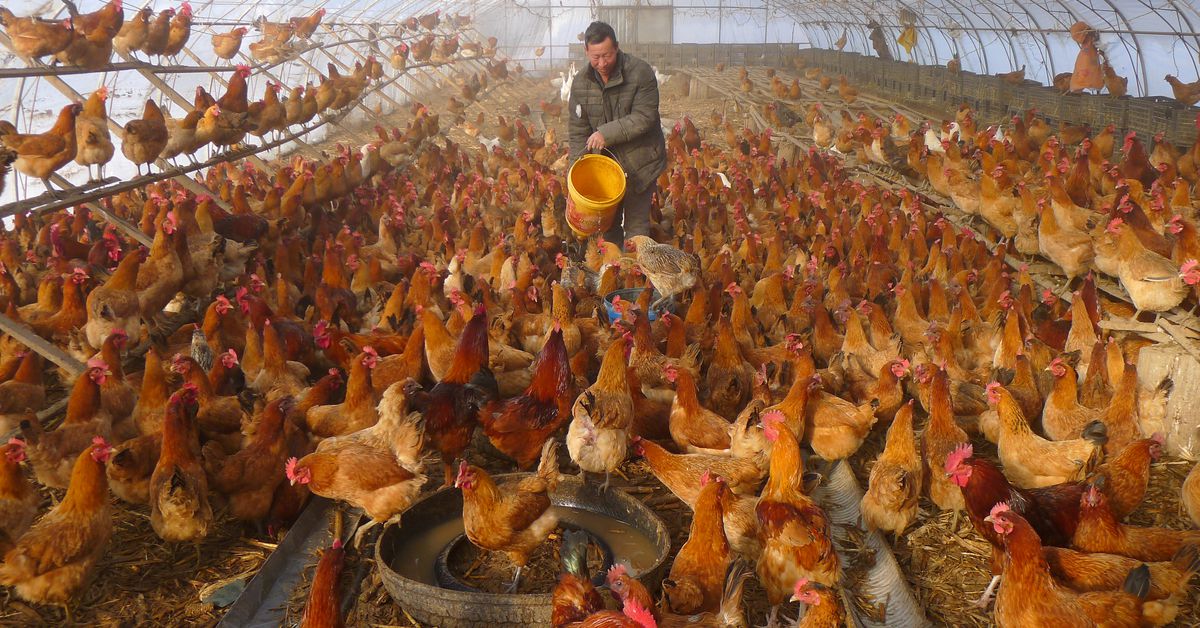 BEIJING, Oct. 26 (Reuters) – A surge in the number of people in China infected with avian flu this year is a matter of concern to experts who say a previously circulating strain appears to have changed and for People could be more contagious.

China reported 21 human infections with the H5N6 subtype of avian flu to the World Health Organization (WHO) in 2021, compared with just five in the previous year.

Although the numbers are much lower than the hundreds infected with H7N9 in 2017, the infections are serious, leaving many seriously ill and at least six dead.

“The increase in human cases in China this year is worrying. It is a virus that causes high mortality,” said Thijs Kuiken, professor of comparative pathology at the Erasmus University Medical Center in Rotterdam.

Most of the cases had been in contact with poultry and there are no confirmed cases of human-to-human transmission, said the WHO, which in a statement on Oct. 4 highlighted the increase in cases.

Further research is “urgently” needed to understand the risk and the increase in the spread to humans.

Since then, a 60-year-old woman has been hospitalized in critical condition with H5N6 influenza in Hunan province on October 13, according to a statement by the Hong Kong government.

China is the world’s largest poultry producer and the top producer of ducks, which act as a reservoir for influenza viruses.

The China Center for Disease Control and Prevention (CDC) was unavailable for comment on the increase in H5N6 cases in humans. However, a study published on their website last month found that the “increasing genetic diversity and geographic distribution of H5N6 poses a serious threat to the poultry industry and human health”.

Avian influenza viruses are constantly circulating in domestic and wild birds, but rarely infect humans. However, the evolution of viruses, which have increased as poultry populations have grown, is a major problem as they could turn into a virus that could easily spread between people and cause a pandemic.

The largest number of H5N6 infections were in southwest Sichuan Province, although cases have also been reported in neighboring Chongqing and Guangxi provinces, as well as Guangdong, Anhui and Hunan provinces.

At least 10 were caused by viruses genetically very similar to the H5N8 virus that devastated poultry farms across Europe and killed wild birds in China last winter. That suggests the recent H5N6 infections in China may be a new variant.

“It could be that this variant is a little more contagious (to humans) … or there could be more of this virus in poultry at the moment and therefore more people are infected,” said Kuiken.

Four of the Sichuan cases were home-raised poultry and had come into contact with dead birds, a September report by the Chinese CDC said. Another had bought a duck from a live poultry market a week before symptoms began.

China is vaccinating poultry for avian flu, but the vaccine used last year may only partially protect against emerging viruses, prevent large outbreaks, but keep the virus circulating, said Filip Claes, regional laboratory coordinator at the Emergency Center for Cross-Border Animal Diseases at the Food and Agricultural Organization .

The Ministry of Agriculture and Rural Affairs did not respond to a request for comment.

Backyard farms are common in China and many people still prefer to buy live chickens in markets.

Guilin City, Guangxi Region, which saw two human cases in August, said last month it has suspended live poultry trading in 13 urban markets and will end trading within a year.

Can people with disabilities take out life insurance?