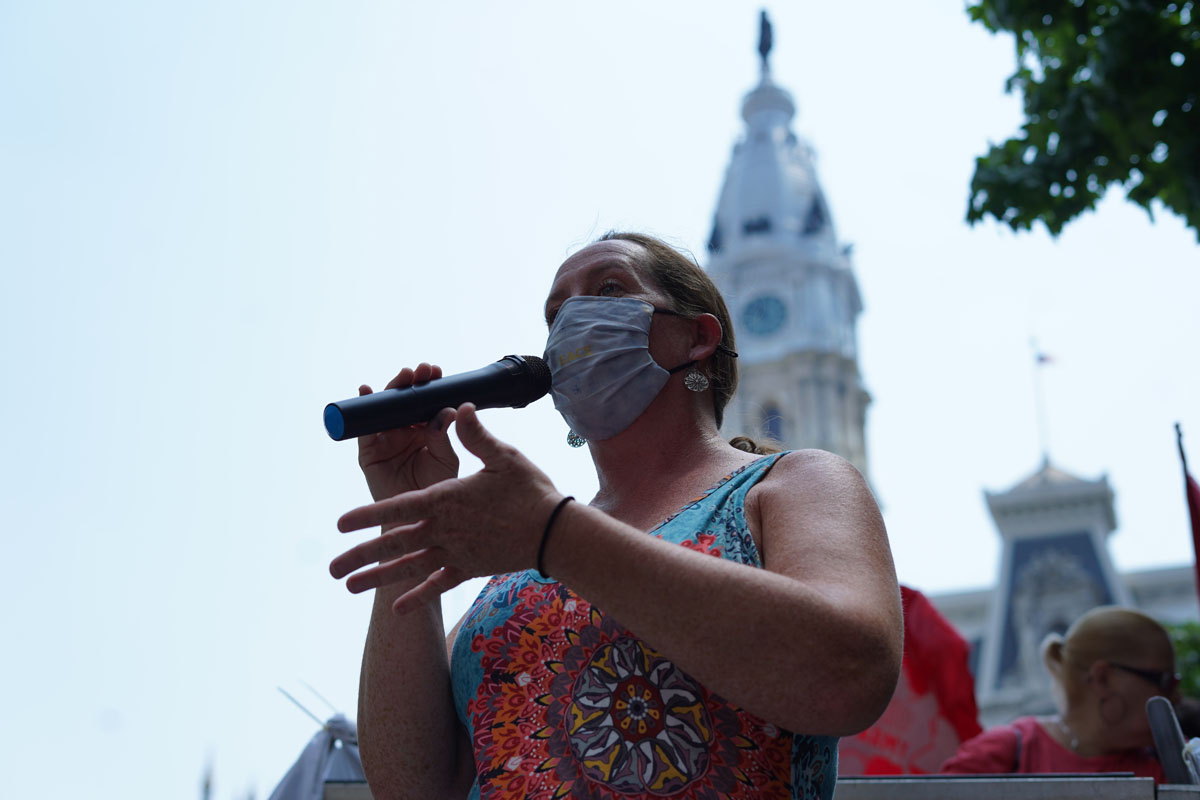 Protest in Philadelphia calls for a public health attorney in Pennsylvania

Colleen Goodwin, a nurse, said the hospital she worked at during the pandemic treated her health and that of her colleagues as unimportant and that the care of her patients was inadequate.

“Because it’s really daunting going to work every day when you want to help people and really just hurt them,” Goodwin told WHYY News.

The past year has shown her that these companies should no longer be responsible for healthcare, Goodwin said. Citing the high infant mortality rate in the US, she said health care costs are “all about profit.”

Delia Bopa brought her young son to march in solidarity.

“Knowing that there are millions upon millions of people in this country who have access to medical care, decent health care, this is an international scandal,” said Bopa.

The midday heat was stifling and although the protest organizers brought cold water for everyone, one man passed out. He was placed in a trailing car and returned to the march after recovering.

Dzurinko said the pandemic hasn’t changed the health system for the better – insurance companies are still denying coverage and care even though medical systems are performing fewer procedures. But that doesn’t hurt her wallet, she said, and so protests had to be made on a hot and humid Saturday morning.

â€œThe need for that is certainly to show that kind of everyday reality that we take for granted because I think it’s so normalized, right? That people just get used to thinking, ‘That’s just the way things are.’ And what we want to do is disrupt the idea that this is normal or should be accepted, â€said Dzurinko.

Some health systems may disagree with Dzurinko’s assessment of their financial performance during the pandemic.

In November 2020, for example, Thomas Jefferson University announced that it would have suffered a huge loss due to the pandemic without government help, and told bond investors that it would take â€œmulti-yearâ€ efforts to return their multi-hospital system to the Profit level before COVID.