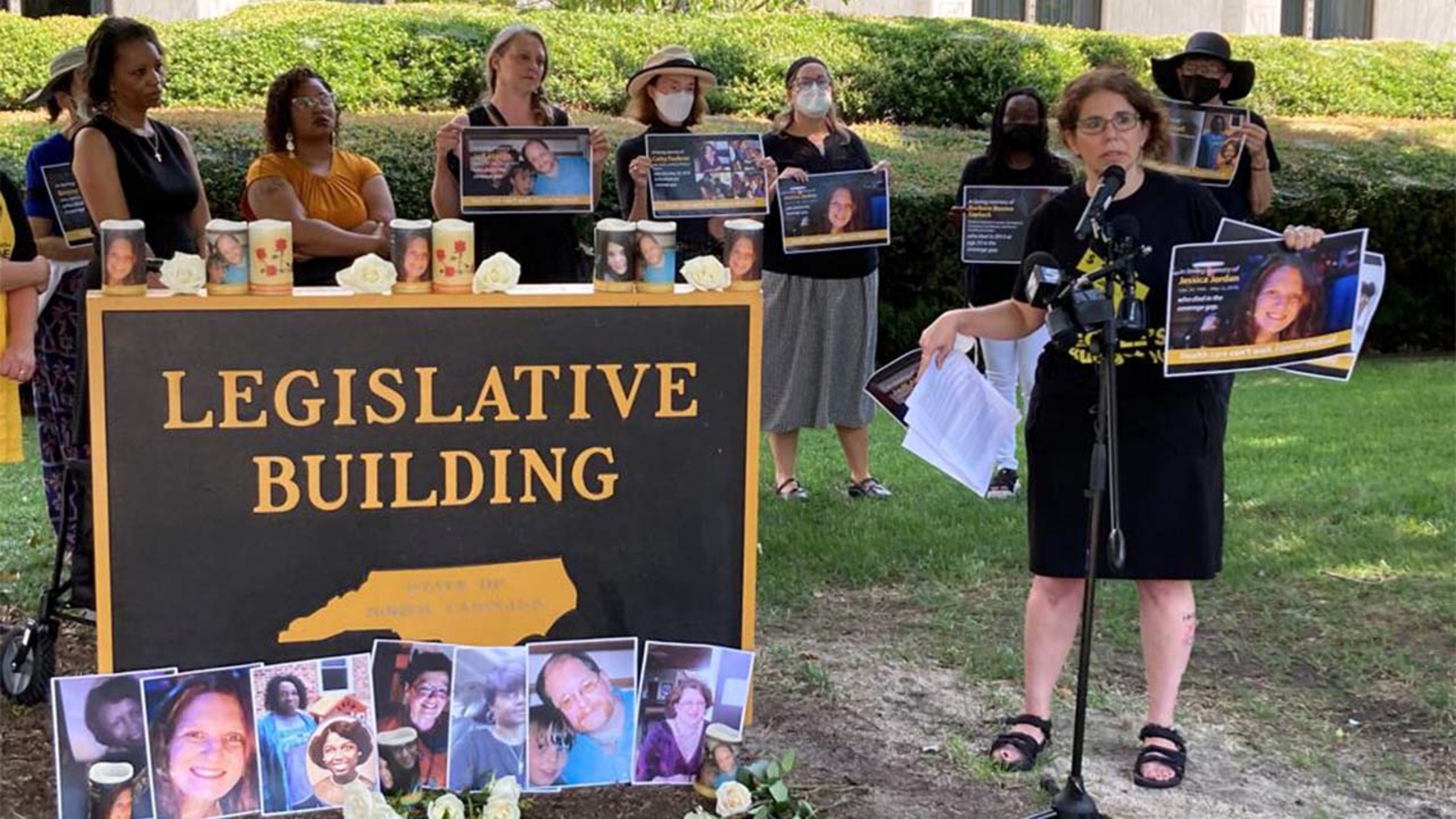 RALEIGH, NC– After a decade of vigorous opposition, most North Carolina Republicans have now embraced the idea of ​​expanding the state’s Medicaid program to cover hundreds of thousands of additional low-income adults. Legal approval finally seems within reach.

During the General Assembly session, which ended July 1, the GOP-controlled House and Senate passed by a wide margin separate, bipartisan measures that would put the state on the path to Medicaid expansion. Some details still need to be worked out, but there is a real chance of negotiating a compromise by the end of the year.

It’s a remarkable policy reversal in North Carolina that certainly needs analysis in the dozen states that have yet to take up the federal government’s offer to cover people who earn too much to be covered by traditional Medicaid, but too little to get subsidized private insurance.

“If there’s one person in the state of North Carolina who’s more opposed to the expansion of Medicaid than I have, I’d love to meet that person,” Senate Chairman Phil Berger said while attempting to explain his reversal at a May news conference. “We need cover for the working poor in North Carolina.”

The two chambers failed to resolve their differences before the adjournment, and talks between lawmakers and Democratic Gov. Roy Cooper — a longtime supporter of the expansion — have since deadlocked over other health care reforms the senators are seeking. But Berger remains optimistic about eventual success. “I think we’ll do it,” he recently told reporters.

“There’s still work to be done … but overall we’re very encouraged by how far we’ve come,” said Erica Palmer Smith, executive director of Care4Carolina, a coalition of 150 groups that has been working for expansion since 2014.

Other proponents are tired of waiting. They say too many of the working poor are uninsured and are risking their health and lives. Other traditional Medicaid workers worry that without expansion, if they make too much money, they won’t be covered.

“I don’t know what to do,” said Courtney Crudup, 32, of Oxford, a mother of three and a beautician who is currently unemployed. She spoke outside the Legislative Building at an event this week where she called on lawmakers to act. “Hear our stories. Hear normal people like me and people who want to work.”

The apparent change of heart followed the GOP’s years of distrust of the Affordable Care Act of 2010, which Republicans derided as “Obamacare,” only to see the label, as well as the program, become wildly popular.

For years, Republicans said they couldn’t trust Congress to deliver on the federal government’s promise to pay 90% of the cost of the expansion. They said the state’s Medicaid program — now with 2.7 million participants — has been overspending for years and is ill-prepared to take on more.

And basically, they argued that more people would become dependent on the government if they were allowed to benefit from Medicaid, which now mostly benefits poor children and their parents and low-income elderly.

Republicans say North Carolina’s Medicaid spending is now largely under control, and they don’t think Congress will increase the state’s share of the cost beyond 10%. The state’s share — perhaps up to $600 million annually — can be met through assessments of the state’s hospitals and insurance plans.

Interest also grew when the 2021 federal COVID-19 relief package offered a financial sweetener to encourage remaining holdout states to accept expansion. For North Carolina, whose tax coffers are already bulging thanks to a booming economy, that would be an additional $1.5 billion over two years.

“This is an opportunity to take federal dollars, actually present savings to the state of North Carolina, and improve access to healthcare,” House Speaker Tim Moore told colleagues in June. “I would call that a pretty good trifecta to do those things.”

Cooper can also embrace his persistence. He has consistently pushed for expansion since taking office in 2017, citing the economic boost the federal money would bring to rural hospitals, communities and families of the 600,000 residents who could qualify.

Cooper went so far as to veto the 2019 state budget because Moore and Berger did not want to commit to Medicaid talks. He signed this year’s agreement, saying “we’re closer than ever to agreement on expanding Medicaid,” and a veto “would be counterproductive.”

A pivotal moment came after the 2020 election, when Cooper convened a bipartisan commission of medical, business and nonprofit executives and state legislators to present “guiding principles” for improving healthcare.

“People with a wide range of political views were willing to listen to those who come from different backgrounds and concerns on these issues,” said Mark McClellan, director of the Duke-Margolis Center for Health Policy at Duke University, who convened the commission.

Another influencer was former Ohio Gov. John Kasich, who in March told a joint House-Senate committee how expansion has worked in his Republican state. The committee focused on the details, including how to increase the number of nurses, hospital beds and services in the state.

Negotiations between the House, Senate and Cooper slowed this summer, largely because the Senate wants regulatory changes aimed at allowing even more access to services that it says will result in lower costs.

These include enabling nurses, board-certified midwives and others to work independently from doctors, and rolling back “needs certification” laws, which critics say allow medical providers to curb competition that theirs could reduce revenue.

Berger accuses the hospitals of not making a compromise. The North Carolina Healthcare Association, which represents hospitals and health systems, said it has expressed concerns about Berger’s bill but remains a supporter of the expansion.

“It’s positive that both chambers are now supporting the expansion, and right now hospitals hold the key to making that happen,” Cooper spokesman Ford Porter said.

Copyright © 2022 by The Associated Press. All rights reserved.

The financial health of the aviation sector is the real concern, not exaggerated safety concerns