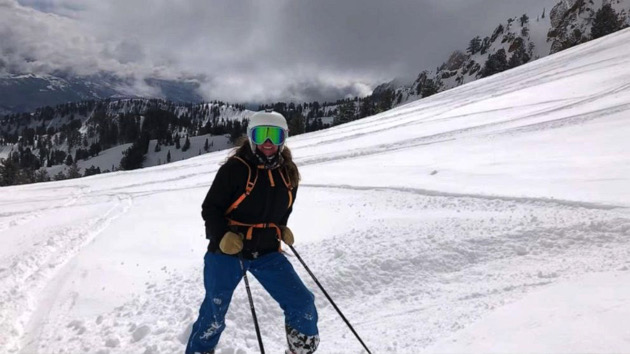 ‘No Man’s Land’: Long COVID throws young workers out of the job market

(WASHINGTON) — Less than a month after Victoria Waldo recovered from COVID, she woke up drunk.

Dizzy and slurred, she went to the emergency room, only to be sent home after routine blood tests came back negative.

The newly engaged 26-year-old, who worked long days in finance at a start-up and taught skiing on the weekends, spent the next few months groggy on the couch in her Washington, DC apartment.

She couldn’t concentrate and lost her job. At one point, she stumbled across a pair of slippers that she liked and asked her fiancé who they belonged to. They were hers, he said, a Christmas present from his sister.

Another time, she forgot what her wedding planner looked like and introduced herself to the woman as if the two had never met.

“I had no idea what was going on. Nobody diagnosed me. Everyone said I was fine based on my labs. Someone asked me if I had my period,” she said.

Now, at an age when many young professionals are considering financing a home, traveling, or starting a family, Waldo is weighing their options. Her employer didn’t offer her disability insurance—a benefit she felt she wouldn’t need in her healthy twenty-somethings. So she’s waiting to see if her condition improves over time — and in the meantime she’s burning off her savings.

“I think in a parallel universe where none of that would have happened, we would do that now,” she said of the apartment hunt. But “instead, I’m like, ‘Oh, I want to see if we can get away with this cheap rent again.’

More than two years into COVID-19, millions of survivors say they still don’t feel right. Brain fog, trouble breathing and severe fatigue are among the symptoms they say still linger in their bodies – affecting their ability to work and affecting their financial independence.

The government estimates 7 million to 23 million people have been affected by long-term COVID, and a Census Bureau survey suggests one in five infected people still has symptoms.

Vaccination is expected to significantly reduce a person’s chance of developing long-term COVID. However, that immunity wanes over time, and doctors say some people — like Waldo, who was fully vaccinated but was days away from a booster shot when she contracted the virus — may still be young and healthy if they get sick.

“And there are very few 3.5 trillion problems that we know as little about as we do about them,” he said.

“It’s not in their heads”

Doctors and scientists have long suspected that viral infections could be responsible for other chronic or debilitating diseases and conditions of mysterious origin, including multiple sclerosis, rheumatoid arthritis and chronic fatigue syndrome.

Then came COVID, triggering a wave of 93 million viral infections in the US in just two years. Hospitals quickly saw patients like Waldo show up in emergency rooms and doctor’s offices with symptoms they couldn’t explain.

dr Alba Azola, who helps lead the post-acute COVID team at Johns Hopkins Hospital in Baltimore, Maryland, said she might consult with half a dozen other specialists or more to rule out other causes before diagnosing someone with long COVID . After that, she said, her team has to go back and forth with insurers and employers multiple times to help her patients get jobs.

“It’s not in their heads,” Azola said of her patients. “This is not something that is just to get a job or a disability scam. These patients just want to be themselves again.”

One of Azola’s patients, Jazmin Holcombe, is one of the luckier when it comes to her working life. After four months in the hospital with COVID, the 29-year-old was able to return to her job in marketing from her home office. She hadn’t been vaccinated when she contracted the virus last year because, she said, she’d been nervous about a new vaccine and stayed home most of the time.

But she’s still a long way from her old self. Instead of planning trips or going to concerts like she used to, Jazmin now spends much of her time doing physical therapy at the hospital and carrying an oxygen tank with her everywhere. She said her doctors hope to have a better idea of ​​what her prognosis will be by the end of the year.

This uncertainty in the lives of young long-distance drivers and its impact on the economy has drawn the attention of senior government officials and academics.

The National Institutes of Health has launched a $1.5 billion study to identify causes and find treatments for long-lasting COVID. And the Biden administration has long added COVID as a condition that counts as a disability under the American Disability Act — a move that requires employers to provide work housing.

Also, the Department of Labor has partnered with the Centers for Disease Control and Prevention and the Office of the Surgeon General to gather ideas from the public on “workplace challenges” related to long COVID.

Taryn Williams, Assistant Secretary of Labor for Disability Employment Policy, said she hopes to receive analysis of these efforts in the coming months. In the meantime, she said, people can leave www.covid.gov/longcovid to see what benefits they may be entitled to. You can also get free advice through the Job Accommodation Network at askjan.org, she said.

“We do not yet know the full extent of Long COVID’s impact on the economy or workforce. But we know that public health and safety is critical to a healthy economy, which is why we are so focused on it,” Williams said.

For now, however, employer housing may still be scarce, especially without legal help.

Mark DeBofsky, a disability attorney and law professor at the University of Illinois-Chicago’s John Marshall Law School, said people should know that many attorneys — including himself — don’t bill their clients until they win a case. He said he advises his clients to keep any medical records they have and to collect statements from family members about how they may have changed.

It can also be a good idea to keep detailed diaries of your symptoms, he said.

“Every disability claim is very complex and I don’t blame insurance companies for really doing their duty of care,” he added.

But even people who keep detailed records can be turned down, like Frantz Dickerson, a 55-year-old sales manager who worked for a company that sold and repaired elevators during the pandemic. Dickerson’s job was to drive to Philadelphia, where he stood on rooftops or climbed into the elevator shafts of high-rise buildings and hospitals to provide security and organize repairs.

After being long diagnosed with COVID — a mental condition he describes as feeling as if his brain had shut down from a 10-lane freeway to two lanes — his doctors suggested he take some time off to work on his cognitive and rebuild physical abilities.

But according to his employer’s disability insurance, Dickerson could still work in sales. That’s because the insurer defined a sales job as mostly desk-based, even though that wasn’t an accurate description of what he did. His former employer did not respond to requests for comment, and his insurer said he would not discuss individual cases for privacy reasons.

“I was kind of in this no man’s land,” Dickerson said of his rejection. “Insurance says I’m not disabled, but my job says, ‘No, you can’t come back until your doctor has fully discharged you.’ And my doctors didn’t fully discharge me because they understood COVID for a long time.

dr Benjamin Abramoff, who treated Dickerson as head of PennMedicine’s post-COVID nursing clinic and confirmed the details in his case, said he would often spend hours filling out paperwork for patients. Abramoff said he knows other doctors and clinics who have withdrawn from the specialty because they didn’t have the staff or resources to do it.

Abramoff said he wants more data on effective treatments and is closely monitoring ongoing studies. However, he would also like insurers to agree on using the same standardized forms.

“It’s a big administrative burden,” he said. Insurers “send in the forms and the forms are rejected on technical grounds (e.g.) if a field was not filled out quite correctly. And then it has to come back to be filled in again or edited.”

Dickerson eventually transitioned to a fully remote sales job. After several months of therapy, he says he’s doing better now that he’s learned how to keep his pace and take breaks when he needs them, including playing the guitar – something he’s been encouraged to do by his doctor.

As for Waldo, she eventually landed an official diagnosis of Long COVID: “Post COVID-19 Condition ICD10 code U09.9” — a medical code that didn’t exist until about a year ago.

But she’s about to deplete her once-impressive $70,000 in savings on medical treatment and living expenses — money she’d hoped would one day buy a home and maybe travel.

Meanwhile, she is still planning to get married next year. But everything else, including starting a family, is on hold for now.

“I just don’t know what my body can take,” she said.

A Downeast Health Center is expanding in Machias