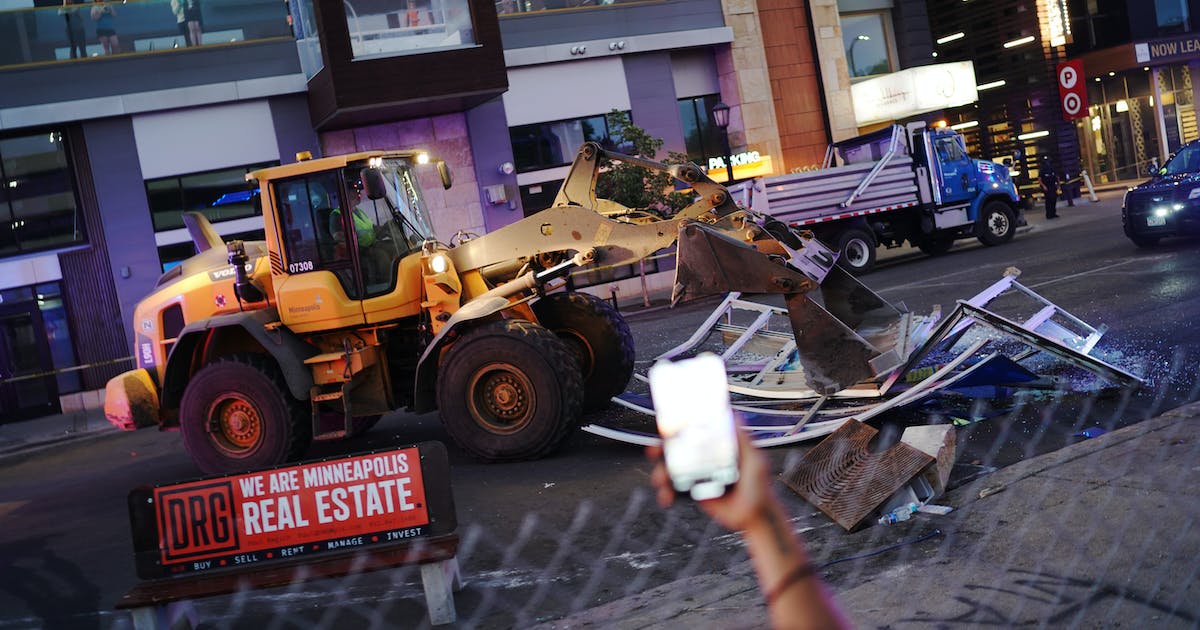 The St. Paul man who drove an SUV into a parked car protecting protesters blocking an uptown intersection and killed a woman, does not have a driver’s license and has a history of convictions for drunk driving and other crimes, according to authorities , which go back more than 17 years .

Hennepin County prosecutors said they expect to file charges against Kraus no later than Wednesday, which would have been the 32nd birthday of Knajdek, a mother of two girls who worked as a program manager for Cottages Group, a Twin Cities-based company had providers of home care for vulnerable adults.

Knajdek was among the protesters who have gathered at W. Lake Street and S. Girard Avenue since Winston Boogie Smith Jr. shortly after Winston Boogie Smith Jr. was fatally shot by law enforcement on June 3, as a task force of the US Marshals Service wanted to arrest him at the parking ramp. The Minnesota Bureau of Criminal Apprehension said he fired a gun from his vehicle. An unidentified woman who was in the car with Smith said she never saw him with a gun, her attorneys said last week. Authorities have said no body or dashcam or surveillance footage is available in the case.

Kraus’ criminal history in Minnesota includes five convictions for drunk driving, most recently in 2016 in Anoka County and earlier in 2008. He’s also been charged multiple times for driving without a valid license, as well as assault, lack of car insurance, and giving the police a false name.

Police have yet to say whether the driver targeted the protesters; “Drug or alcohol use … however, may contribute to this crash,” Minneapolis Police Department spokesman John Elder said Monday.

At the time of Sunday night’s accident, Kraus had his driver’s license status revoked, and has been so since shortly after a drunk-driving conviction in 2013, according to state officials.

Activist Donald Hooker Jr. spent time with Knajdek at the protest, witnessed the crash and documented the ensuing chaos on video.

“He drove very fast, and he picked up speed the closer he got to the barricades,” Hooker said. “He got out of the car and tried to run. … That was an attack. It was intentional.”

Hooker said others there “certainly apprehended” him and turned him over to the police. He questioned the police account that protesters had hit the man in any way.

Scott Gaden said he sold the 2-ton SUV, a 2002 Jeep Grand Cherokee, to Kraus for $1,000 last week, not knowing his friend didn’t have a valid driver’s license.

Gaden said, “I’ve been freaking out ever since,” and expressed concern that he might get into legal trouble.

“He said he had insurance and a license,” Gaden added.

Gaden said Kraus still owes him $500, and his friend pledged last week that he would get the title for the SUV transferred on Monday. The crash happened on Sunday.

Gaden, who said he speaks to Kraus about once a week, wasn’t sure what would have prompted his friend to drive into the parked vehicle. He said Kraus never said anything disturbing about protesters or politics in general.

“When I spoke to him, he just didn’t seem to be himself,” said Gaden, who allowed Kraus to live with him in Hugo for a few weeks last fall.

Tricia Johanson said she was Kraus’s girlfriend until last week, when they split and he moved out of their home in the western metropolis.

Johanson said she last saw Kraus on Saturday night, the day before the accident, and “something was wrong [with him]. There was so much confusion.”

Johanson said the two first dated from 2006 to 2010 before getting back together last October, and he never said or did anything that made her think he was upset about the causes of civil rights protests.

“He was absolutely not a racist, not a white supremacist,” she said.

Elder, the police spokesman, said in a press release that his department can now release Kraus’s identity because the Traffic and Homicide Squad has “reached a stage in their investigations where they are able to identify the suspect in this murder.” without releasing it adversely affect their case.”

The MPD had refused to release Kraus’s name from the moment he was taken to jail around 4:15 a.m. Monday until Tuesday afternoon, citing an unspecified provision in the state’s privacy law.

A Star Tribune attorney emailed District Attorney Jim Rowader early Tuesday afternoon to object to the withholding of Kraus’s name. The name was then shared publicly less than an hour later in Elder’s press release.