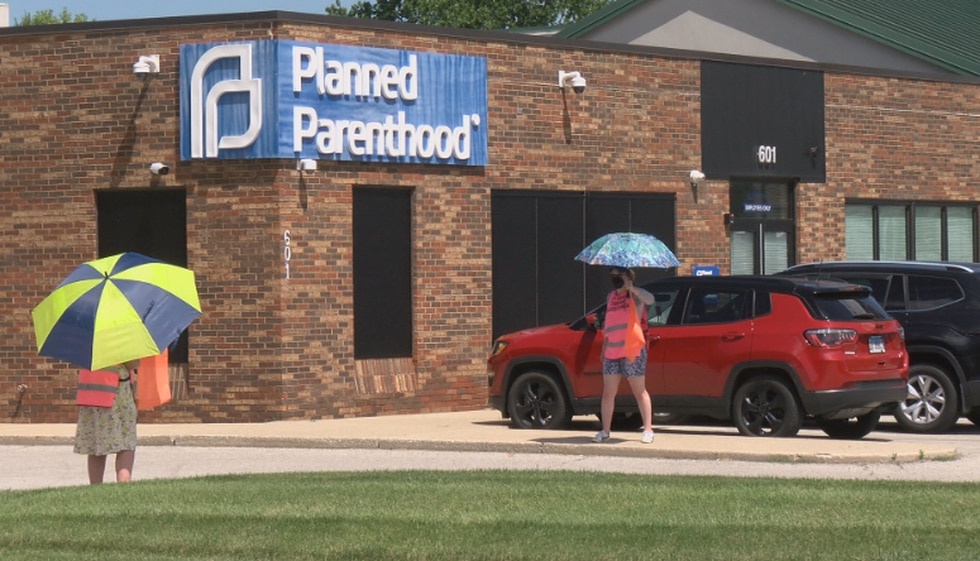 SPRINGFIELD, Ill. (WGEM) – President Joe Biden on Friday signed an executive order protecting reproductive health care rights. The President pointed out that the US Supreme Court has denied millions of women and others seeking abortion across the country their basic rights to privacy, autonomy, liberty and equality.

Biden said his executive order will ensure access to reproductive health care, including abortion and contraception. The order also protects the privacy of patients and their sensitive health information, and promotes safety for patients, providers and clinics. Biden said the executive order also launched a coordinated effort to establish a multi-agency task force to protect reproductive rights and access to health care.

“I’m asking the Justice Department, much like they did in the civil rights era, to do something and do everything in their power to protect these women who are trying to assert their rights,” Biden said.

While celebrating the announcement, Leahy noted that Biden could not change the Supreme Court ruling alone.

“The only way we can ensure that the reproductive rights of everyone in every state are recognized and protected is if Congress acts and restores the protections of roe through the Women’s Health Protection Act,” Leahy said.

Biden also stressed that Congress must act quickly to pass legislation that solidifies voting rights. For now, the president said he is committed to doing everything in his power to defend reproductive rights and protect access to safe and legal abortions.

Abortion is still safe and legal in Illinois under the Reproductive Health Act. Although Planned Parenthood and other advocacy groups are working with state legislators to pass additional plans to further enshrine reproductive rights. Leahy said some of the proposals were intended to protect licenses for abortion providers.

“We are also exploring other options for how Illinois might be able to protect those involved in abortion treatment from action by other states,” Leahy said. “And we look at the pool of providers. Who can perform abortions?”

Leahy thinks it should be easier for a foreign doctor or nurse who is offering abortion treatment in other states to come to Illinois and continue that treatment. She said this can help abortion clinics build the capacity to serve everyone, including patients from Illinois and every other state.

However, Gehrke argues that Biden’s executive order is further evidence that the president and many Democrats such as Gov. JB Pritzker are in lockstep with the abortion industry. Gehrke said Biden, Pritzker and other Democratic leaders have absolutely no relation to what most Americans believe about abortion.

“President Biden again called on Congress to pass legislation legalizing abortion during all nine months of pregnancy,” Gehrke said. “According to a January 2022 Marist surveya full 71% of Americans oppose having an abortion after the first trimester of pregnancy.”

Illinois lawmakers planned to initiate a special session on reproductive health rights this week. However, those plans have been put on hold as pressure groups formulate their best plans with legislative leaders. Senate Democrats could probably have gotten enough members to come to Springfield to vote on legislation, but the House Democrats were having trouble getting enough members for the July session. Many lawmakers have previously planned vacations or are attending technical conferences in other parts of the country and might not make it to the Capitol.

“We plan to work closely together for the remainder of the summer to explore every possibility of what we can do and to convene a special session in the coming months,” the Democratic leaders said.

Lieutenant Governor Juliana Stratton is also set to testify before the Senate Judiciary Committee next week. This discussion will focus on post-Roe America and the legal implications of the Supreme Court decision.

During an interview last week, Pritzker said he would like to see proposals passed so that more health workers would perform abortions and have more space for people having the procedure.

“I believe this is an important right to secure, it should be a constitutional right,” Pritzker said. “The Supreme Court has now reversed that. But here in Illinois we protect it. We need a governor to protect them.”

Advanced nurses have been prescribing medical abortions for Illinoisans for many years. Recently, Planned Parenthood of Illinois introduced a telemedicine option for medical abortions to allow people to visit a doctor virtually and then either pick up their medication or have it mailed to them. Leahy noted that other states allow advanced practice nurses to perform abortion procedures alongside their other duties.

“There are states that have been doing this for a number of years and it’s very safe,” Leahy said. “We have graduate nurses in Illinois who are interested in receiving the training they need so they can improve and serve the needs of Illinois patients as well as those who travel.”