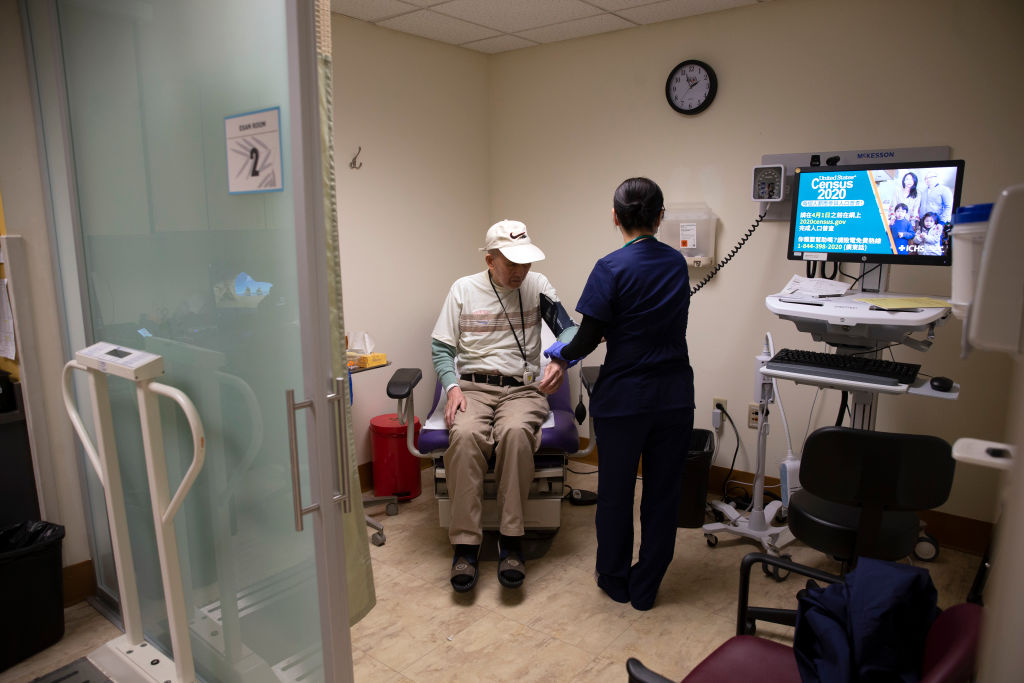 “I discovered pretty much immediately how bad American health care was”

To be honest, the prospects are pretty bleak. As you said, to the point where Bernie was no longer a threat, it sounded like the public option was as good, if not better, than Medicare for All. As Biden would always put it, “Bernie wants to get rid of the ACA, Bernie wants to remove the ACA, etc., while my plan is just going to be simpler and better.” And then that went away because there wasn’t that same pressure from the left.

Then during and immediately after the general election – to be fair it was busy, although you would also think that COVID would be an ideal time to discuss individual payers – there was this kind of transitional period where we didn’t know whether or not the Democrats would control the Senate, and the options were basically: 1) do literally nothing except maybe name a post office or two, or 2) get whatever Joe Manchin allows. And in the end we have the second result for the next few years.

The distance between what Trump could do and what Joe Biden can do is determined more than ideologically by the healthcare industry.

It gets weird because what can we even do without getting rid of the filibuster? So it is about what can be achieved through reconciliation. The silly thing is that there are obviously things that can be done. The question isn’t, “What can you do?” It’s, “What do you want to do?” I really don’t know if we’re going to see the government behind any kind of public option legislation. I think they’re going to start reversing some of the things that Trump did that were really bad, which is obviously good and necessary — like some of the Medicaid work requirements and other exemptions they gave state programs to make the Medicaid programs worse.

Something else might be the Trump administration’s efforts to create short-term junk plans that don’t even have to conform to ACA rules, although the idea now is that we might not even be able to get rid of these without enacting some type of plan Alternative for people because so many rely on them now. We’ll see things like ACA subsidies expanding, and there’s been talk of a possible extension of COBRA subsidies during the pandemic so people can keep their plans if they’re laid off – which is great from an individual perspective, but that’s over Politically, perspective is just absolutely awful because it means giving government money to insurance companies, too, so people can keep their $7,000 deductible plans.

So, broadly speaking, I think what we’re likely to see will be all within the basic structure of the ACA, which will hopefully mean expanding Medicaid in states that haven’t expanded it before. A measure Biden included in his COVID relief package would see the percentage of your income your premiums cost drop from 9.8 percent to 8.5 percent (put that on a bumper sticker…). Anyway, I think it’s going to be mostly small changes and if we’re really lucky we’ll get some sort of public option.

But the question that has existed all along is how they would actually go about making the public option. This is really important and has never been adequately answered. Democrats were always saying things like, “Oh, we don’t really know how Medicare for All would work in practice” or “it would cost so much money,” but the actual details about the public option are a lot less intuitive than Medicare for All All. Because we know exactly how that works or would work: hospitals are paid for by the state, you go to the hospital when you are sick and you don’t get a bill. But with the public option, there are actually many different ways you can do this. Do you know how you regulate the premiums? How does income scaling work? How do you report this income? During elementary school, guys like Biden and [Pete] Buttigieg in particular would mean people who are poor or unemployed would be automatically enrolled.

But how? There is no way to do that, and there is absolutely no program in America that automatically enrolls people of a certain income level. In fact, none of our income-based programs have a 100% participation rate because we make all of these things incredibly difficult to access. During the primaries this complete lie was told that everything would be seamless and easy and no one would be left out and there would be no people to fall in the gaps between coverage levels and so on.

If we get a public option, it will either be so good that everyone will take it instead of private insurance, or maybe – and I think that’s far more likely – it will just become a de facto program for people who don’t do they have no way of getting employer based insurance i.e. another way that people who are poor or sick are put in the government and served with an inferior program.