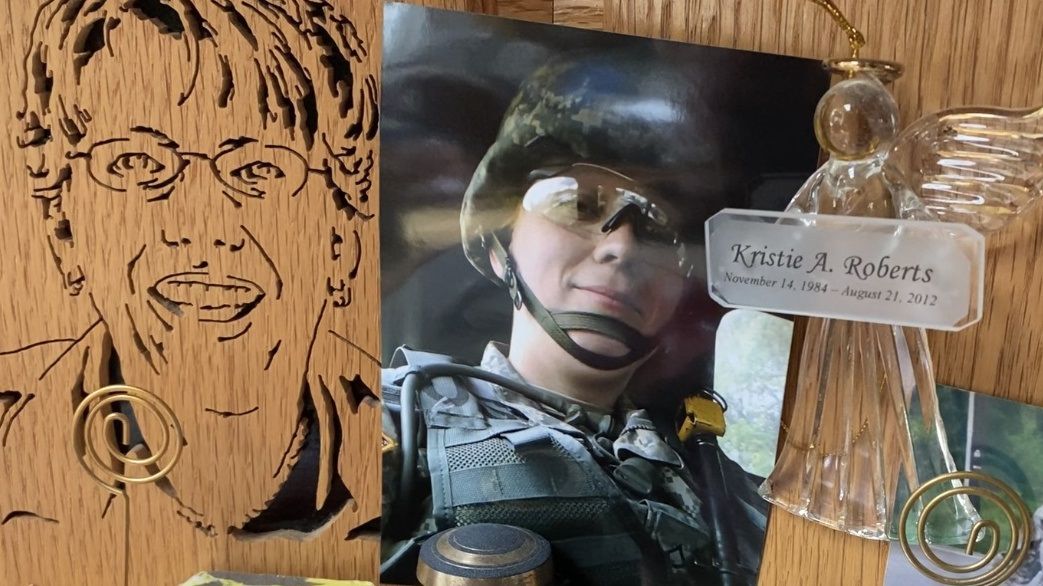 “She’s always been a volunteer, always wanted to do things to help other people,” said Cindy Roberts.

Kristie Roberts’ uniform, photos and plaques depict all years of service to her country. Whenever she was home, she would light up the room, her mother recalled.

“She would start a story, ‘So, there I was.’ That was always her catch, and my husband would always say, ‘When she started doing this, you wanted to hear that story,'” said Cindy Roberts.

She said during her daughter’s time in the ministry, she felt frustrated at not being deployed while at the same time dealing with her own challenges. Kristie Roberts died by suicide in 2012 at the age of 27.

According to a new report by the US Department of Defense, 518 soldiers died by suicide last year. That was the focus of a hearing by the US armed forces in the US Senate on Wednesday.

US Senator Kirsten Gillibrand is calling on Secretary of Defense Lloyd Austin to remedy failures in providing military members with timely access to mental health care.

At the moment, the waiting time for a therapist is 28 days, according to Gillibrand.

“Service members should not have to fear the reaction or professional repercussions they face when they seek mental health care,” Gillibrand said.

The senator is also calling on the Department of Defense to have more licensed behavioral medicine providers available and to train commanders to spot indicators of combat.

“There’s a lot of stigma about wanting to serve in the military today,” Gillibrand said. “If you state that you have sought mental health services or medication, you are not eligible.”

For Cindy Roberts, who is now president of the New York Chapter for American Gold Star Mothers, her focus is on continuing to raise awareness and reach out to her loved ones.

“Anything we can do to educate the public will help our veterans,” she said. “It’s a sad situation and I think things are looking up. Whatever we can do to share and get people talking.”