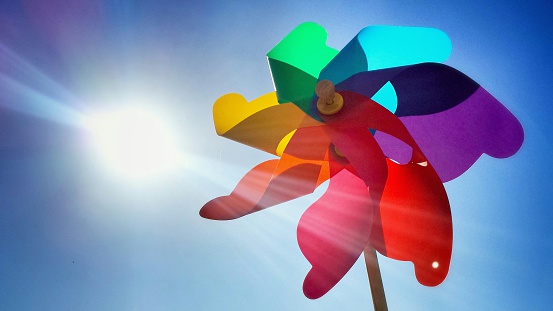 For the past two years, the COVID-19 pandemic has worn down even the strongest of people. While we’ve all experienced mental and physical exhaustion, people working in the medical field have had a particularly challenging time.

Despite everything from long hours and a lack of beds to ever-changing protocols and staff shortages, healthcare workers have managed to keep things going.

Christy Texeira of Fort Collins knows firsthand how tough the healthcare industry can be. Although Texeira does not work in healthcare, she is a mother to one child who has required extensive medical care over the years.

In her book Pink Elephants, Texeira recounts how her family was “crushed” when she received the news that her eldest daughter, Hailey, had been diagnosed with a rare, life-threatening disease. She also talks a lot about the medical care team that took care of her daughter and their tireless commitment to the patients.

Texeira is working to launch a project in Fort Collins and other cities to thank healthcare workers for their work by placing wind turbines outside of health facilities, hospitals and medical centers.

“My neighbor had approached me on Halloween and said she had spoken to some healthcare workers and they were so burned out and stressed and she wanted to do something to lift their spirits,” Texeira said. “So I brainstormed and came up with this pinwheel idea and the phrase, ‘Thank you healthcare workers for keeping our healthcare system running.'”

When it came to thanking healthcare workers, Texeira stresses that the goal of the windmill project is to thank the people who do all the different types of jobs, not just the doctors and nurses. Receptionists, janitors, food preparers, supply chains, security guards and anyone who helps keep the medical system wheel turning should be included in the thank you.

With Poudre Valley Hospital under construction and located on a main street like Lemay Avenue, Texeira thought it would be the perfect location for the project.

“It’s all fenced off right now, so I thought we could put up a banner with the catchphrase and put hundreds of wind turbines in the site fence,” she said. “I’ve spoken to the hospital and they’re totally on board.”

After Texeira received the OK from the hospital administration, she and her neighbor ordered hundreds of pinwheels and are asking others who are interested to donate pinwheels and help set up the exhibit.

“It’s meant to give a lift to healthcare workers and let them know how valued they are,” Texeira said. “And not just for COVID, but for everything. Even if it’s optometrists, chiropractors, or dentists, the kind of doctors that everyone sees regularly, I want people to be as inclusive as possible in the medical field.”

People can bring any size and color of pinwheels they want, Texeira said. And people can order or buy pinwheels from wherever they want, including retailers like Oriental Trading Co., Target, Bulk Toy Store, Walmart, and Party City.

“I just want the gesture to resonate. It doesn’t have to be a one-off event. People can do what they want. You can take the Fort Collins project as an example,” Texeira said. “I want it to get out into the community and show our gratitude and be a simple, inexpensive, and not time-consuming expression of gratitude.”

Texeira plans to set up the wind turbines along the Poudre Valley Hospital fence line beginning Sunday, March 6 at 10 a.m. at 1024 S. Lemay Ave., Fort Collins. People are invited to place their own pinwheels in the display anytime that day or any other time they are available.

“When you do something good for someone, you feel better,” Texeira said. “I really hope that catches on and goes to other places.”

Contact Texeira at [email protected] for more information on the Poudre Valley Hospital Windmill Project, to donate windmills, or to learn how to host a windmill project in your own town.

Fort Worth apartment fire eclipses mom and her young son, who has a disability – CBS Dallas/Fort Worth