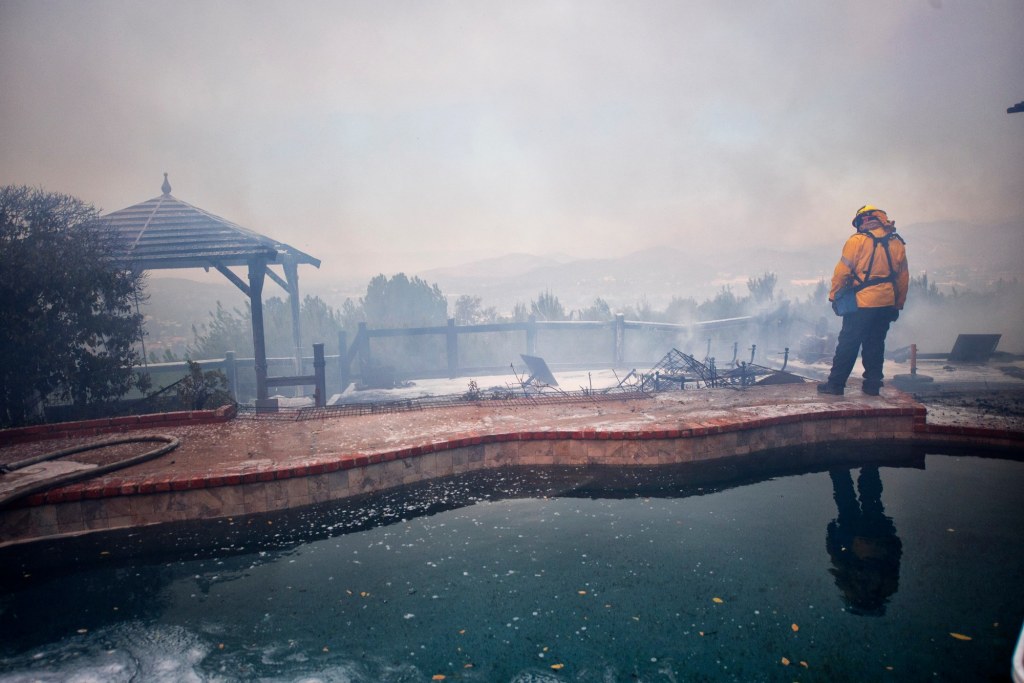 Forest fires, like the 2018 Woolsey Fire, fuel mental health anxiety and stress alongside the paths of devastation – Daily News


“Forest fires occur with increasing frequency and severity each year, and the impact they have on people becomes more apparent each year. However, very little is known about how forest fires affect mental health. “ – from a UCLA-led research report released this week.

They moved into Charley’s old house on my cul-de-sac a few months before the 2018 Woolsey fire – a lovely middle-aged couple with a young daughter who played with all the kids in the neighborhood.

You moved out in March last year. They didn’t want to leave, they loved the neighborhood, but mentally they just couldn’t take another California wildfire season, they said.

They had barely finished unpacking and had settled in their new home in 2018 when they were ordered to evacuate immediately. Welcome to the neighborhood. Wildfire had come our way.

They were sitting in their car in a supermarket parking lot when the flames jumped over the 101 freeway at 2am at our exit. It was a coin toss where the swirling, howling winds of Santa Ana would take them.

If they blew east we would all lose our homes. If they blew west, they would destroy homes and other people’s dreams. They blew south in Malibu. Again.

“Thank God,” I said, feeling no guilt, just immense relief. I still had a house. When the smoke cleared weeks later, 1,643 families didn’t.

When we were allowed back inside, all the neighbors gathered in the middle of the cul-de-sac to talk about where we had gone and how close we were to losing our homes. The air was still thick with smoke.

“Does that happen often?” asked the new couple. We all laughed nervously. Often enough to worry every time the Santa Anas blow, we said, trying to downplay the truth. It happened far too often.

They were still living in the neighborhood in 2020, the largest forest fire year recorded in modern California history. If that wasn’t bad enough, all reports said 2021 could get worse.

That was it, they had enough. They put their house on the market and had three offers on the first day. We gave them a party, wished them luck, and said goodbye. Both of them could work remotely in their jobs, and they would homeschool their daughter until they found a place to call home without the stress of forest fires every year. They thought Colorado was nice. It was going to be an adventure, they told their little girl. It turned out to be a nightmare.

They were hardly out of LA County when their daughter burst into tears in the back seat. Couldn’t they just turn around and go back, she begged? Maybe there will be no more fires. She didn’t want to leave her friends, her home.

It broke her heart, but it was too late, said her mother. Their house was no longer theirs. From there the ride went downhill. All the places they wanted to visit as possible future homes have been big disappointments.

“We got lost in this depression,” she said a few weeks ago when she visited the old neighborhood and let her daughter play with her friends. “There were days when neither of us wanted to get up. We knew we had made a mistake. “

The woman who bought her house asked if they wanted to see what she had done with it? That was a mistake. They didn’t like anything she’d done to the place.

They only wanted to be in town for a few days before returning to Colorado. They had found a place in a small town outside of Boulder. It was nice, but smaller than they wanted, and there were no children for their daughter to play with.

“We’ll see,” she said, hugging everyone while her husband walked around and shook hands. Then they were gone. It was sad. They had traded one stress for another and lost their beloved home in the process.

“We need more research to understand the impact of these experiences as the threat from forest fires increases,” said the UCLA-led report.

You can start in my neighborhood.

Dennis McCarthy’s column runs on Sunday. He can be reached at [email protected]

Grateful for the service of the health workers | News, sports, jobs