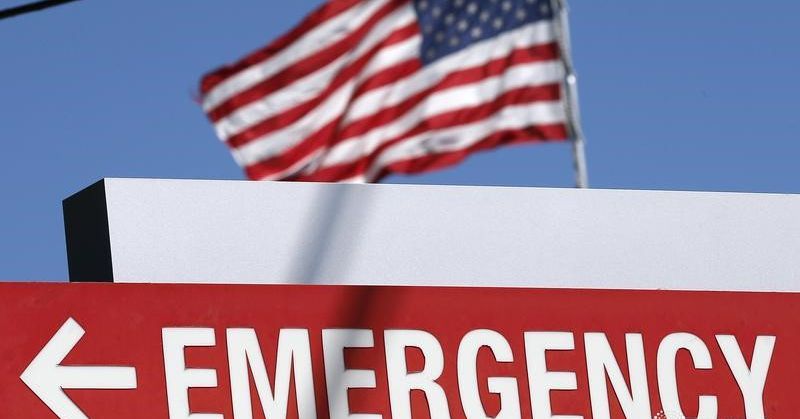 An entrance sign to the Texas Health Presbyterian Hospital can be seen in Dallas, Texas. REUTERS/Jim Young

Daniel Hurt, 58, agreed to pay $97 million in restitution and $31 million in forfeiture. The most serious charges against him carry a maximum sentence of 10 years in prison.

A spokeswoman for US Attorney Cindy Chung’s Pittsburgh office, which led the prosecution, and an attorney for Hurt did not immediately respond to a request for comment. Hurt is scheduled to be sentenced on January 23.

In one scheme, Hurt along with co-conspirators caused fraudulent bills to be submitted to Medicare by Ellwood City Medical Center, a Pennsylvania hospital, for genetic screening for cancer risk, according to a criminal information filed in federal court in Pittsburgh.

Hurt admitted that he and his co-conspirators obtained cheek swab samples from Medicare beneficiaries via post-marketing and alleged “health fairs” across the country, and then received orders for testing via telemedicine from doctors who did not actually treat the recipients and were not qualified to do so interpret the tests. The results of the tests were never used to treat patients.

In a separate scheme originally indicted by prosecutors in New Jersey, Hurt admitted he billed Medicare for unnecessary tests performed by labs he owned.

In another scheme originally indicted by the Florida Attorney’s Office, Hurt admitted that he and his co-conspirators arranged for TRICARE and CHAMPVA, federal insurance programs for military personnel and veterans, to bill for medically unnecessary compound drugs. Patients recruited into this program received prescriptions through a telemedicine service in Utah and received the medications from a pharmacy that Hurt and his partners owned in part, a company called OptimuMD.

In all three systems, doctors received bribes for their roles, prosecutors said.

The cases, originally brought by New Jersey and Florida prosecutors, were moved to Pittsburgh for the guilty plea.

For the government: Assistant US Attorney Eric Olshan of the Western District of Pennsylvania

Brendan Pierson covers product liability litigation and all aspects of healthcare law. He can be reached at [email protected]