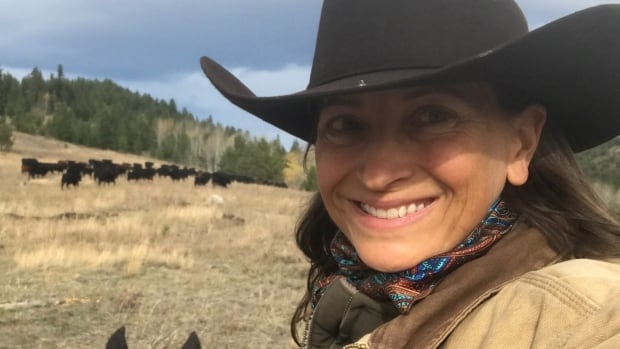 Extreme weather events have taken a toll on farmers’ mental health. But asking for help is still a hurdle for many

The past year has not been easy for BC farmers like Julia Smith.

In the summer of 2021, a heat dome trapped dangerously high temperatures over the province. Wildfires in interior BC spread flame and smoke across the landscape, devastating the town of Lytton and threatening Smith’s farm and ranch in the Nicola Valley.

“We actually had to evacuate cattle from the area because they were in danger,” she told CBC radio What on earth. “Holy smokes, that fire came through like a tornado.”

And that’s not all. In November, a series of atmospheric rivers swept through the province, inundating farmland that had been facing blistering heat just months before.

Smith says some of her friends and neighbors lost equipment, animals and acres of land last year. She helped some of them evacuate their homes or move animals to safer areas. By the end of the year, she felt like she’d hit a wall.

“I was just starting to burn out pretty badly,” she said. “You feel guilty because you haven’t lost as much as some people, but you just want to crawl back into bed and pull the covers over your head. But you can’t because so many terrible things are happening.”

The life and work of farmers have always been exposed to the unpredictability of the weather. But as the effects of climate change on weather become clearer, this unpredictability becomes greater.

Farmers who have had guaranteed harvest times for generations, for example, are finding that this is no longer the case.

Recent studies suggest that farmers experience higher levels of stress than the general population. According to a Cambridge Times report, uncertainty about the ongoing climate crisis – as well as the COVID-19 pandemic – has exacerbated these problems.

Briana Hagen, a postdoctoral researcher studying farm mental health at the University of Guelph in Ontario, says farmers she spoke to recently cited the effects of climate change as a top cause of anxiety and depression. She is currently working on consolidating these conversations into a more in-depth analysis of the topic.

“The extreme weather that occurs from season to season has fundamentally changed the growing process, making it more challenging and less predictable,” she said.

CLOCK | An Ontario farmer shares strategies to combat the effects of climate change:

An Ontario farmer addresses climate change amid the pandemic

A small farmer in Ontario has made it his mission to make a difference in the fight against climate change. He believes the pandemic could be an opportunity to address our biggest environmental problem. 5:04

The stress of adjusting financially to these changes, let alone recovering from damage already done, adds another difficulty for farmers.

Shortly after the November floods, the BC government pledged that financial help was on the way for farmers who endured the onslaught of traumatic events.

But Nicole Kooyman, who runs a Fraser Valley poultry farm with her husband, says for many farmers navigating the paperwork to access that support added to anxiety.

“It’s just added stress to what we’ve already been through and that’s going to push people over the edge,” she said.

This was announced by the BC Department of Agriculture and Food What on earth It has established a $228 million flood recovery program and regularly handles farmer claims. In addition, Emergency Management BC says it has increased staff and worked evenings and weekends to process applications.

The nonprofit organization AgSafe BC also offers some resources, including free advice for BC farmers, but Smith says farmers don’t always have the capacity to take advantage of them.

“It’s the bottom of the list when it comes to situations that are literally a matter of life and death,” she said. “You can’t stop and check yourself in. What if you’re not feeling well? what if you fall apart …You can’t really look him in the eye because it might overwhelm you.”

The stigma of mental health lingers

Hagen says some farmers are reluctant to seek help even when they know they need it. The image of a hardworking, self-sufficient, stoic farmer lingers and can be a real barrier to reaching out.

“People don’t want to be seen as weak,” she said.

Last November’s floods came after Avtar Dhillon, a farmer in Abbotsford, BC, invested hundreds of thousands of dollars planting the province’s first crop of saffron.

There are many Indian-Canadian blueberry growers like Dhillon in the Fraser Valley who have been hit by natural disasters, but, he says, very few are willing to seek mental health or emotional support.

“I know a lot of farmers [who are] are already suffering from their mental health,” he said. “No one wants to say, ‘I have a problem,’ but … we really need help.”

Additionally, for the many farmers who live in small towns, the enduring stigma surrounding mental illness means that someone may want to hide the fact that they need help or are already receiving help for fear others in the community might find out.

In 2019, Hagen and her colleague Andria Jones-Bitton co-developed a program called In the Know, which Hagen describes as a company-specific mental health training program. It aims to provide farmers with mental health information, including how to recognize signs and symptoms of mental stress and how to get help.

Hagen and Jones-Bitton also developed what they called the Emergency Response Model for mental health during agricultural crises, a set of guidelines that address the specific challenges faced by farmers.

“If you don’t know the agricultural context, you can’t help effectively,” Hagen said.

Deborah Vanberkel, a psychotherapist whose family runs a dairy farm in Odessa, Ontario, founded the Ontario Farmer Wellness Program for many of the same reasons.

“I kept hearing from all our farmer friends … if they wanted to talk to anyone, they said, ‘Who’s going to understand my lifestyle? How will they understand it?’” she said.

“That’s why we need therapists who have that [agriculture] background so that these barriers are removed and they [farmers] can come in and start talking about the issues they are having and be able to get that person to relate to them without having to explain all the details or the gist of farming itself.

Vanberkel’s wellness program was modeled after a similar one in PEI, and a third was recently launched in Manitoba. But there are gaps in other parts of the country.

“We need to expand all these types of farmer health programs across Canada … so that all farmers can access services that are tailored to them and their families,” Vanberkel said.

Counties where most people don’t have health insurance – 24/7 Wall St.