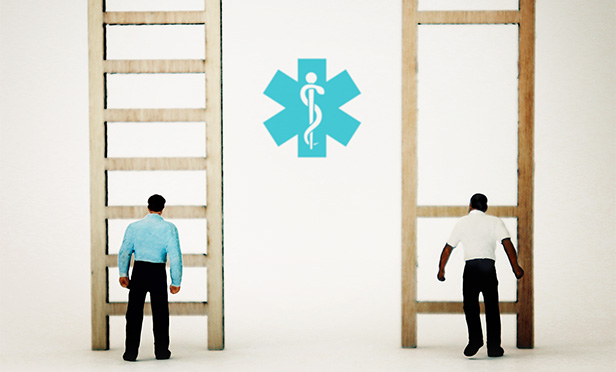 Dramatic differences in health care and health outcomes for people of color in America compared to the wider population are nothing new. They have been documented for decades and are the result of persistent systemic and structural injustices affecting the daily lives of blacks, Asians, Latinos and Indigenous Americans. Driven by U.S. census data showing that races and ethnic groups will make up half of the U.S. population by 2045, addressing these inequalities is becoming a priority for a growing number of U.S. employers. Without action, these differences will only get worse.

Related: ACA has been reducing racial disparities in health insurance … for a while

As the CEO of a cooperative of major U.S. employers who work together to provide quality health care to their employees, retirees, and their families, I can tell you that employers are concerned. Like many Americans, business leaders consider realizing health and health justice a moral imperative – the right thing to do. There is also a second motivator that cannot be overlooked: differences in health are expensive … and someone has to pay the bill. This burden often rests on employers.

Approximately 158 million Americans have health insurance through their employers. That’s nearly half the total US population and more than three and a half times the number served by Medicare, the second largest source of US health insurance.

It is well documented that people of color are more likely to suffer and die from treatable diseases than white people. Colored men and women have higher rates of diabetes and high blood pressure. They are more likely to die from various types of cancer. Women of color are at a much higher risk of dying from pregnancy complications and the infant mortality rate is higher. Children of color have a higher rate of death from asthma. In addition, research shows that crises like the COVID-19 pandemic, the Great Recession of 2008, and natural disasters caused by extreme climate events exacerbate health inequalities as they disproportionately affect people and color communities.

There are many reasons for these differences. One is the lack of knowledge among some providers of racial and ethnic differences in terms of risk factors for different diseases and the effects of different prescription drugs. Others are language and cultural barriers and lower health literacy that keep people of color from seeking medical help.

Too often, however, the cause is clearer: discrimination based on prejudice of the providers and racism. Results of a national survey conducted by the National Opinion Research Center in May 2019 of 2,137 people age 21 and older, commissioned by the University of Michigan School of Public Health, highlighted the extent of the problem. The survey found that 1 in 5 adults in the US experienced discrimination in our health care system, with racial or ethnic discrimination being the most common form. Of these, 72% have experienced more than once. The survey also showed that income levels play a role in discrimination, with people on lower incomes being more likely to be affected.

It should be noted that no black person is immune from discrimination in our health system. Tennis star Serena Williams tells a harrowing story of how she was in the hospital after giving birth by caesarean section and suddenly felt short of breath. Williams had a history of blood clots and had stopped her anticoagulant therapy because of the surgery. So she suspected that she had another pulmonary embolism. She alerted a nurse and asked for a CT scan. The nurse dismissed her concern as confusion over her pain medication. Williams persisted until a doctor was called. An ultrasound was done on her legs, and when it didn’t show up, a CT scan was ordered – the very test Williams knew she probably needed to start with. The scan showed small blood clots in her lungs that luckily were treated successfully.

The question has to be asked. Why were the symptoms and medical history of one of the greatest athletes in the world – a woman trained to notice the slightest changes in her body, let alone the terrifying symptoms of a pulmonary embolism – initially rejected by healthcare providers? It’s hard to know for sure. However, studies show that health care providers often do not listen to young mothers and that African American women are the least likely to be listened to.

The moral imperative of eliminating health inequalities is clear. But the high costs of these disparities cannot be overlooked either. They cause about $ 93 billion in unnecessary medical costs and 42 billion each year, according to a study by Altarum, a nonprofit that works with state and state health officials and foundations to improve the health outcomes of Medicare and Medicaid recipients US dollars in lost productivity. Premature deaths also result in additional economic losses.

As the proportion of ethnic and ethnic groups in the US population increases, the economic costs and losses will continue to increase. Employers know better than most that eliminating health inequalities is essential not only to improving the health and wellbeing of their employees, but also to improving the overall economic prosperity of our country and the prospects of the companies they run.

Given the current gloomy picture of health inequality, it is optimistic that most causes can be avoided if people and institutions have the will to act. Motivated by moral and economic imperatives, U.S. employers believe they can make a difference by joining forces, sharing best practices, and collecting actionable data that reveals the differences between blacks and whites.

There is no strategy to address health inequalities in our health system. But there should be one goal that we all share: equal respect and compassion for everyone in our healthcare system. Each of us can help achieve this compelling goal.

In the second part, I will examine what employers can and do to combat racial and ethnic differences in health care. These include leveraging collective action, increasing the number of people with health insurance, improving access to quality care, and compiling data that reveal racial and ethnic health gaps so that they can be identified and addressed.

Robert Andrews is the Chief Executive Officer of the Health Transformation Alliance (HTA), a cooperative of America’s leading employers who have come together to repair our broken healthcare system. Prior to HTA, he served in the United States House of Representatives for nearly 24 years.

Peter is in a wheelchair after contracting polio, but the NDIS says he is too old to fund