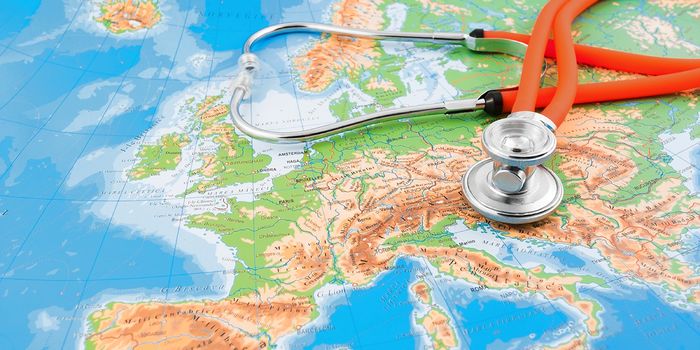 Does your health insurance cover you abroad?

Are you planning to travel abroad or retire? Before packing your bags, it is important to research how viable your health insurance is – and make plans to add or replace it if it doesn’t cover the services you may need or want.

Some travelers may be able to get by with the coverage they already have. That’s because many private health insurance plans sponsored by employers and Medicare partners cover medical emergencies outside of the United States

However, if you want to cover medical evacuations or routine services including visits to the doctor, you usually have to take out additional insurance. In addition, people who retire abroad should try to cover themselves in their new country of residence while maintaining basic health care if they return to the United States

Know what you got

The first step in determining your needs is to understand what your current health insurance plan abroad covers and what it doesn’t.

Original Medicare generally does not provide coverage outside of the United States. Many private health insurers do this – but usually only for emergencies that arise when a person is temporarily out of the country.

Because the definition of an emergency varies from policy to policy, “it is important to read the planning documents,” said Maura Carley, chief executive officer of Healthcare Navigation LLC, a health insurance consultancy.

For example, UnitedHealthcare says that its Medicare Advantage plans – which replace Medicare with private insurance – would cover a heart attack, but generally not a “routine health care need” such as flu treatment.

In addition, many private plans only cover part of the care costs outside of the United States. Both Medicare Advantage and employer-sponsored plans often view such treatment as an off-network cost that requires subscribers to pay a higher percentage of the cost. Some Medigap policies that complement basic Medicare cover 80% of the cost of emergency care abroad. (Medigap Plans C, D, F, G, M, and N provide this coverage if the entitlement begins during the first two months of a trip – after a deductible of $ 250 and up to a lifetime maximum of $ 50,000.)

Regardless of your insurance coverage, expect to pay all overseas bills out of pocket and then seek reimbursement from your plan, says Devon Herrick, a health economist at the National Center for Policy Analysis, a nonprofit research firm. “You can’t expect hospitals abroad to know how to settle accounts with their insurance company,” he says.

Alternatively, they can take out travel insurance. Such policies typically add 5 to 17% to travel expenses, depending on factors like your age, says Brendan Sharkey, director of individual sales at travel insurer GeoBlue. Policyholders are often given access to networks of English speaking doctors and hospitals that accept payments from the companies.

One variant, known as the Comprehensive Plan, reimburses policyholders for most of the costs related to a variety of travel-related issues, from illness, injuries, and medical evacuations to lost luggage, delayed flights, and non-refundable expenses in the event of a failed trip.

Travel medical plans generally allow you to purchase more insurance – typically a maximum of $ 1 million for a year. Comprehensive plans often go as low as $ 500,000 and last one to three months, says Lynne Peters, insurance product manager at InsureMyTrip.com, which allows users to compare policies.

Both types of travel plans usually limit the amount of insurance older adults can take out – and the premiums generally increase with age, Ms. Peters says. Ms. Carley recommends Medigap policyholders try to save the $ 50,000 of overseas coverage under these plans for their later years.

Since they only cover medical services, travel health insurance usually costs less. For a couple in their 50s taking a two-week vacation for $ 5,000, a travel medical plan costs about $ 80, compared to $ 200 for a comparable comprehensive plan with a medical limit of $ 50,000 and a medical one $ 250,000 evacuation insurance, according to InsureMyTrip.com.

However, with a travel health insurance plan, you may not be able to cover pre-existing conditions, which are often defined as ailments that you had in the six months to three years prior to taking out your policy. With many comprehensive plans, it is possible to get such coverage if you purchase a policy within a set time frame – often within 10 to 21 days of your first travel payment.

If you are planning to retire abroad, it is important to find out about the health system in your destination country. Some countries allow residents to join a national health insurance program, says Casey Schwarz, senior counsel on education and federal policy with the nonprofit Medicare Rights Center.

If you decide you need private insurance, look for an expatriate plan that covers doctor visits, hospital stays, and medical evacuations in some or all parts of the world.

Be aware that these plans may deny coverage to some applicants on the grounds of health, and premiums may “rise” with age, says Ms. Carley.

Retirees who are eligible for Medicare should think twice about whether or not to opt out of basic insurance. Although Original Medicare does not provide coverage overseas, those returning to the US will need it.

Most people don’t pay premiums for Medicare Part A, which covers hospital stays. “So there are generally no disadvantages to keeping it,” says Ms. Schwarz.

Part B, which covers doctor visits, costs at least $ 121.80 a month – the premiums increase with income. But under Medicare rules, it’s generally only possible to sign up for Part B in the first three months of the year – and coverage doesn’t start until July 1. Additionally, those who enroll late for Part B will face additional penalties of 10% on their Part B Base Rewards for every 12 months they are late.

Ms. Tergesen is a reporter for the Wall Street Journal in New York. Email to [email protected]