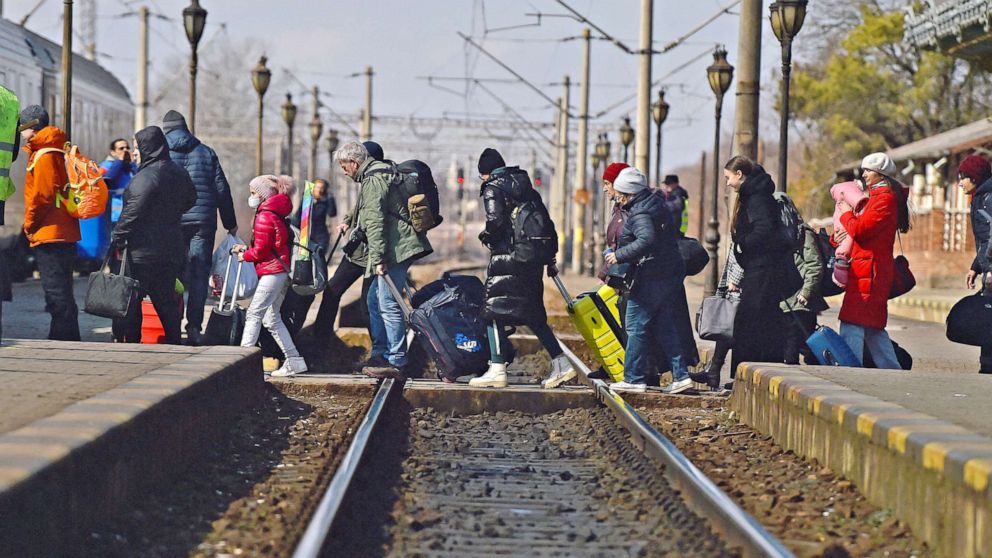 Since the beginning of the war in Ukraine, more than three million refugees have fled to neighboring countries by bus, train, car and on foot. Some have goals in mind while others have no plan. But while these displaced people are coping with varied but equally impossible conditions, doctors in the countries bordering Ukraine say there is a common thread: mental health is the most commonly reported medical problem.

Acute stress disorder has been reported as a common ailment among the millions of refugees.

“Acute stress disorder is basically a fight-or-flight response that lasts a few days to a month and consists of having faced a threat to life and limb and can’t stop thinking about it,” Dr. Craig Katz, a clinical professor of psychiatry, medical education, systems design and global health at the Icahn School of Medicine at Mount Sinai, told ABC News.

In cases where people are in fight-or-flight mode, “they most likely have trouble sleeping, are extremely anxious, and don’t have a huge appetite because they have to focus on survival,” Katz said.

Russia launched its full-scale invasion of Ukraine on February 24, exposing its citizens to death and destruction and the disruption of basic needs.

“It’s clearly a nation under stress,” said Dr. Dan Schnorr, an emergency room doctor with Doctors Without Borders, told ABC News. “Every child clean [Ukraine] is now experiencing several adverse childhood events, and this is one of the untold victims that will spread through the generations.”

Research suggests that direct exposure to traumatic events like the war in Ukraine can have lasting effects, including PTSD, anxiety, depression and alcohol abuse relapses. According to the American Psychiatric Association, the prevalence of acute stress disorder ranges from 13% to 50%, depending on the type of event they are exposed to, and about half of people with acute stress disorder will develop PTSD.

According to Katz, the risk of developing lingering effects of acute stress disorder increases with levels of exposure to a traumatic event, prior trauma that was not previously handled well, a history of psychiatric disorders, and a lack of social support.

“Psychological first aid is a way of taking care of people’s psychological scrapes and bruises so they don’t become suppurating sores,” Katz said. “You make sure people feel safe and secure, make sure they have food, and especially make sure – as much as possible – they are with loved ones or have some kind of communication, has the support.”

In Palanca, the border crossing point in Moldova, mental health clinics have been set up to identify those who have mental health problems and alleviate the effects of this trauma.

“It’s more about listening and giving a shoulder to cry on,” said Dr. Axel Adolfo, an emergency doctor working with Doctors Without Borders. “It’s about there being someone there waiting for them with open arms… They just want to let go of the two to three weeks that they’ve spent in fear or doubt and they can feel that they’re close to them [safety].”

The challenge now is to help integrate these populations into neighboring societies.

Refugees are at risk of developing permanent mental health impairments. Ultimately, according to Katz, screening will be important to determine who may need to be connected to a psychiatrist.

Right now, “it’s about being here and saying, ‘The whole world is watching, and we’re here to help you, and it’s okay to cry,'” Adolfo said.

Nicholas P. Kondoleon, MD, is a board-certified internal medicine physician at the Cleveland Clinic and a contributor to the ABC News Medical Unit.

With over $1.2 million in investment, Battle Approved Motors proves the health of the electric vehicle market