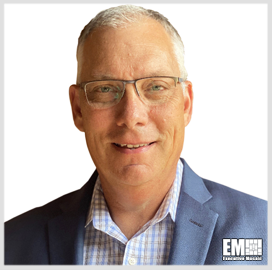 Long-time manager in the healthcare industry Derrick Duke was promoted to the role of Chief Executive Officer at Magellanic health.

Duke expressed pride in being entrusted with leading the company and noted that he was grateful to lead a company focused on improving the health and well-being of communities.

The executive’s first notable role in the healthcare industry was as executive vice president and chief investment officer of National Health Insurance, which has since become a subsidiary of Allstate Insurance.

Duke then spent 15 years with a health insurance agency and the well-known underwriting operation for ancillary products at HealthMarkets. At the latter company he held positions such as Chief Investment Officer, Chief Financial Officer and Chief Operating Officer and served as CFO and COO until the company was acquired by UnitedHealth Group.

At HealthMarkets, Duke honed his skills with demanding responsibilities in finance, actuarial, customer service, information technology and underwriting, experiences he expects to bring to his new role overseeing the formulation and execution of Magellan’s business strategy.

Duke succeeds the previous CEO Ken Fasola in his new role. Fasola was CEO for two and a half years and, like Duke, also worked at HealthMarkets.

“Derrick is an outstanding leader who will lead Magellan by example as it continues to grow,” said Fasola.

The leadership change is partly the result of Magellan Sale to Centene in January. Fasola will now serve as Centene’s Executive Vice President of Health Care Enterprises.

As part of the organization’s wave of shifts on their leadership team, Anna Sever has been appointed Interim Managing Director of Magellan’s Federal Arm in April.