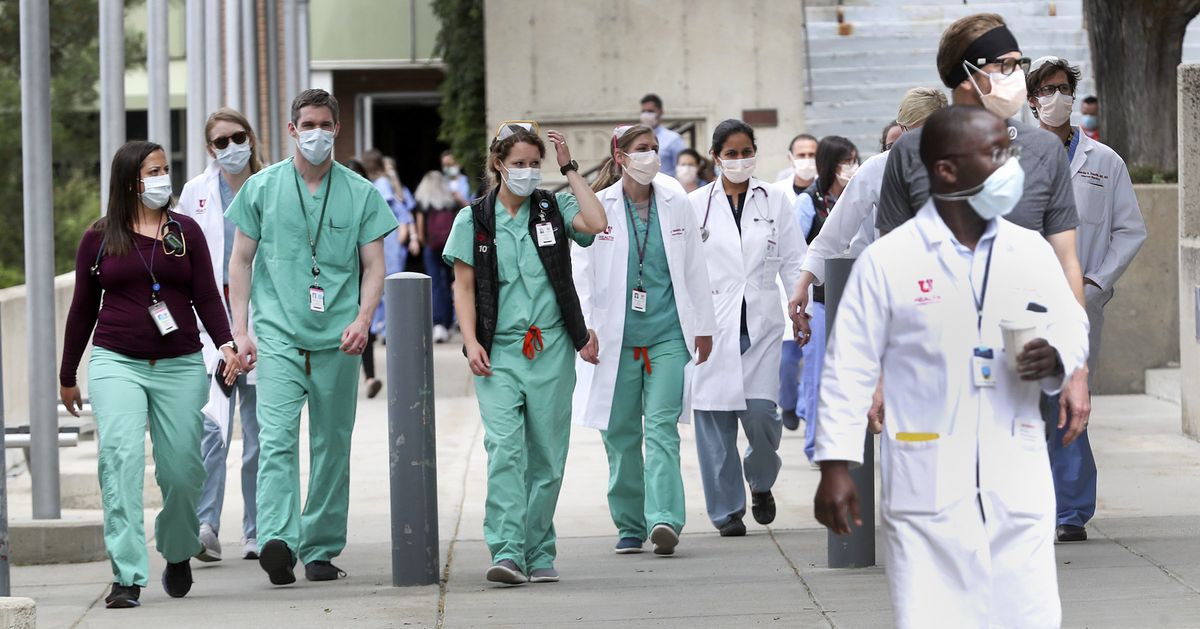 Still grappling with the high rate of COVID-19 hospital admissions, healthcare workers across the country are facing a new challenge – growing concerns about violence and threats is aimed at doctors, nursing staff and other staff.

After hearing from nurses and doctors about their concerns, Rep. Robert Spendlove, R-Sandy, introduced HB32, which he said would help protect health workers in Utah.

The bill would make it a class A misdemeanor to assault or threaten a healthcare facility owner, employee, or contractor with violence while doing his or her job. If serious bodily harm occurs as a result of bodily harm, the perpetrator faces a third-degree crime.

These penalties are already in place for emergency room staff, but HB32 would extend them to all healthcare workers – including those who work in private practices.

“We have to do everything we can to recognize these heroes … and provide them with not only financial support, but also moral and legal support,” said Spendlove.

How common is violence against healthcare workers?

Traditionally, emergency room staff bear the brunt of the violence – in part because federal law requires hospitals to care for anyone who wishes to be admitted to emergency rooms. The emergency room also treats many patients who are traumatized or under the influence of drugs – both of which can make someone more likely to strike.

The National Nurses United union was released last September Survey results That showed that around 31% of hospital nurses experienced a “small or significant” increase in workplace violence – up from 22% in March.

Dave Gessel, executive vice president of the Utah Hospital Association, told Deseret News that while nurses and doctors do not face regular threats or violence, it is important to stay one step ahead and send a message of support to workers .

“The tricky thing here is that we’re not trying to say that hospitals are a very dangerous place … when it comes to relatively isolated events,” Gessel said. “On the other hand, it has significantly increased the stress and strain on hospital staff. It is more difficult for them to be resilient. “

“We have a health crisis”

Violence is one of many factors affecting the health care profession, Spendlove said, and while his bill wouldn’t solve all of them, he believes it would be a crucial step in relieving the burden on nurses and doctors.

“One of the results of this is that we have a health care personnel crisis. Hospitals are losing a lot of these healthcare workers, ”he said.

“It was just a rush,” said Gessel, confirming that he, too, has left a number of professionals in the industry over the past year.

Other states have had similar staffing concerns – and some have tried different methods of protecting healthcare workers. In May last year, Colorado’s Governor Jared Polis (D) signed bill that made doxing – or disclosure of personal information such as address or telephone number – of a public health officer or health worker an administrative offense.

HB32 was recommended by the Interim Committee on Health and Human Services, but not without some adjustments. Currently, the bill is set for January 1, 2027, when it must be renewed in order to remain in force.

Spendlove said the clause was added at the behest of lawmakers who believe the increase in threats of violence is a product of the pandemic and are reluctant to permanently increase criminal penalties for an issue they hope will eventually resolve itself will solve.

Although it is unclear whether things will go back to “normal” after the pandemic ends, Spendlove said it would be relatively easy for lawmakers to renew the bill for as long as necessary.

“In general, we don’t want tougher penalties for everything in public order,” he said. “We want to try to stick to criminal penalties as little as possible.”

During committee negotiations, Spendlove said he was also turned down by colleagues who wanted the bill to go ahead – which is partly why he has expanded the language to private clinics and offices.

Having already tailored the legislation to meet the demands of both camps, he is optimistic that the bill will receive broad support and will be passed at the beginning of the session.

BioOhio Announces Partnership to Meet Labor Needs in the Life Science, Healthcare and…