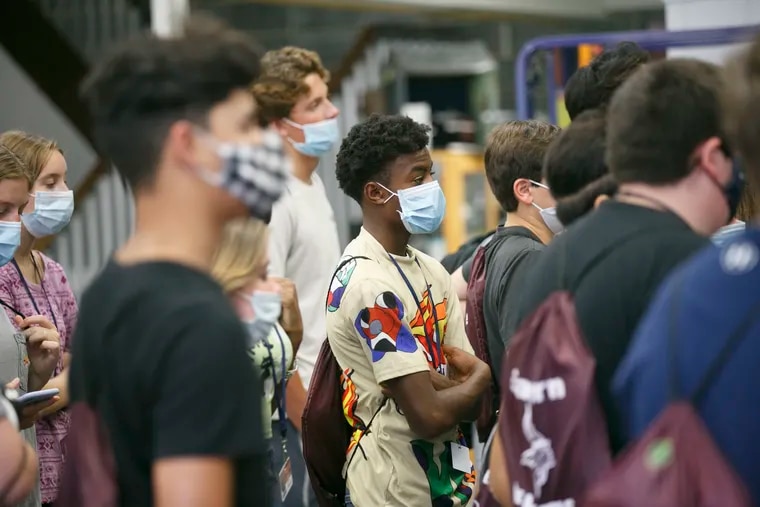 Healthcare providers across the country continue to see the repercussions of the mental and emotional toll the pandemic has taken on children and adolescents, the Philadelphia Children’s Hospital’s lead psychiatrist said in a virtual Q&A on Wednesday.

The pandemic has exacerbated the already existing increase in mental illness in children, said Tami Benton, chief psychiatrist at CHOP. Nationwide, over a seven-month period in 2020, hospitals saw a 24% increase in emergency visits for mental illness in 5-11 year olds compared to the same period last year and a 31% increase in patients 12-17 years old .

“In fact, we’ve never seen the rapid growth in mental illness populations that we saw in the pandemic,” Benton said. “That doesn’t usually happen unless there is an event that led to it.”

READ MORE: Mental health-related visits to the emergency room have increased in children during a pandemic, a CDC study finds

Describing the state of children’s mental health as a “crisis,” she said that about a third of all children will have some mental illness at some point in their lives, but less than 20% will receive specialized treatment. Currently, children in need of treatment in pediatric emergency rooms and hospitals face long waiting times and gaps of nearly two months before receiving specialized care.

It’s not just more children who need psychological intervention, Benton said. Those who come to the hospital for treatment present with more serious medical conditions at a younger age. Between the ages of 5 and 17, cases of self-harm and suicidal ideation are more common in hospitals.

The result, Benton said, was fewer providers willing to accept payments from private insurance companies or Medicaid, and insufficient staff and resources among those who do.

“Even among those willing to provide services, there are often local authorities who are really struggling to stay afloat financially,” Benton said. “Maybe they really need five child psychiatrists to support their population, but they can only really afford one.”

The limited resources available have had a ripple effect on the health system as some children in need of serious psychiatric treatment wait in hospitals and occupy beds needed for acutely ill patients.

The pandemic rise in behavioral health problems in children is believed to be due to multiple catalysts, Benton said. Children and teens feared catching COVID-19 and infecting family members, she said, and also had to cope with the emotional and financial instability that came with lockdown restrictions. Meanwhile, virtual learning in schools deprived children of vital social interactions.

The lack of mental health resources has hit the non-white population particularly hard. Black and Hispanic workers were more likely to have lost jobs and incomes during the Philadelphia pandemic. People of all races were afraid of personal care, but communities of color often had less access to telemedicine and were harder hit by COVID-19.

“There was more parental illness, more parenting job losses, more complicated grief, as some children saw their parents or relatives go to the hospital and then never saw them again,” Benton said.

The pandemic exacerbated worrying trends that began to develop before March 2020. An indicator of mental health trauma, suicides among black children under the age of 13, occurred twice as often between 2001 and 2015 as among white peers.

Benton said symptoms raising concerns about suicide have increased in girls during the pandemic.

CHOP participates in a nationwide collaboration of pediatric providers called Sound the Alarm, which aims to raise awareness of the mental crisis in children. Benton also called for a greater focus on prevention in younger children.

The hospital is expanding its outpatient services and services for people with eating disorders and is offering more intensive day treatment for children. An inpatient child psychiatric crisis center with 46 psychiatric beds and a 10-bed crisis stabilization unit is to be opened in December 2022.

“Mental health interventions work,” she said, adding that the conditions children face are “no horrible things without solutions.”

The supervisory authority weighs vaccinations under the age of 12