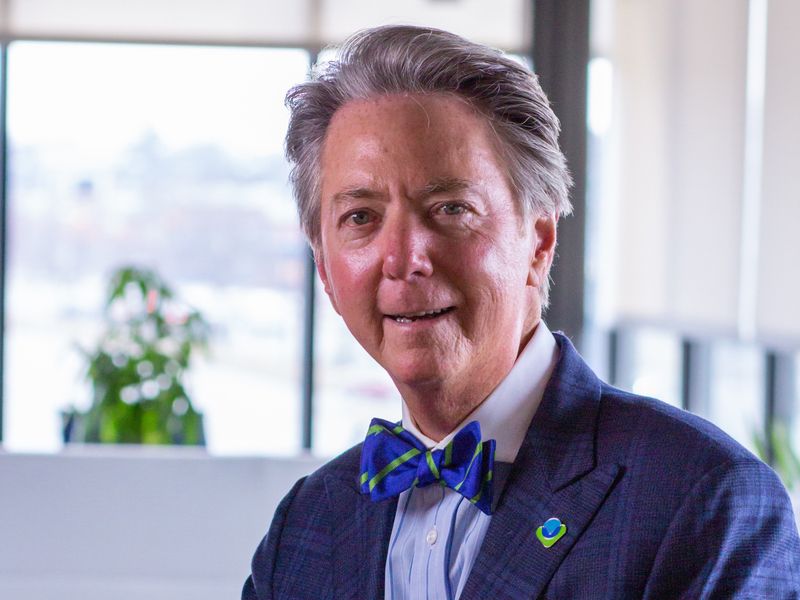 Caring for Children: advocating the mental health and wellbeing of children in Michigan

John McInerney: In the beginning it was a very modest effort. I would bring LEGO and a couple of robots and set them up in the activity rooms at Mott Children’s Hospital in Ann Arbor. If someone wanted to build a robot, I would show them how to do it. I had been doing this for about a year and one day I had everything set up and no one showed up in the activity room. I thought, “It would be better if I could just go to them.” The idea for the original Buildup Mobile program was born. I put everything in a cart and went to bed to work with the kids. At that point, I became a contractor for the patient technology team.

Burns: How did it develop to where you are today?

McInerney: The reactions from patients and families have helped me. There were moments that really inspired me to keep working on this project. There was this little guy, maybe 5 to 7 years old; It was his last day in the hospital, but he didn’t want to leave until he built a robot. We built a racing car with an engine and ended up driving completely around the unit. He called it his winning lap.

Burns: You’re not taking the LEGO with you?

McInerney: No, everything stays in the hospital.

Burns: You have successfully received a scholarship from the Children’s Foundation.

McInerney: Our goal is to expand the program and work with as many children as possible. This scholarship was our first opportunity to train someone to run the program independently from me. We trained a teacher interested in a career in children’s life. She was in the Michigan Children’s Hospital for seven months. I just wrote her a letter of recommendation for her internship, the next stage in children’s life.

Burns: Do you want to be in more hospitals?

Burns: If someone wants to help you expand, how do you get in touch?

McInerney: Our website is www.buildupsteam.org. You can contact me directly and get more information. You can also donate through the website. If we collect enough donations, we can work with a hospital and fund the program for at least a year.

Larry Burns: Tell us about the autism education services.

Telemedicine visits for mental health continue to increase, although they have…

How Pastors Can Help • Biblical Recorder

This overlooked mental health “hack” increases your chance of living…