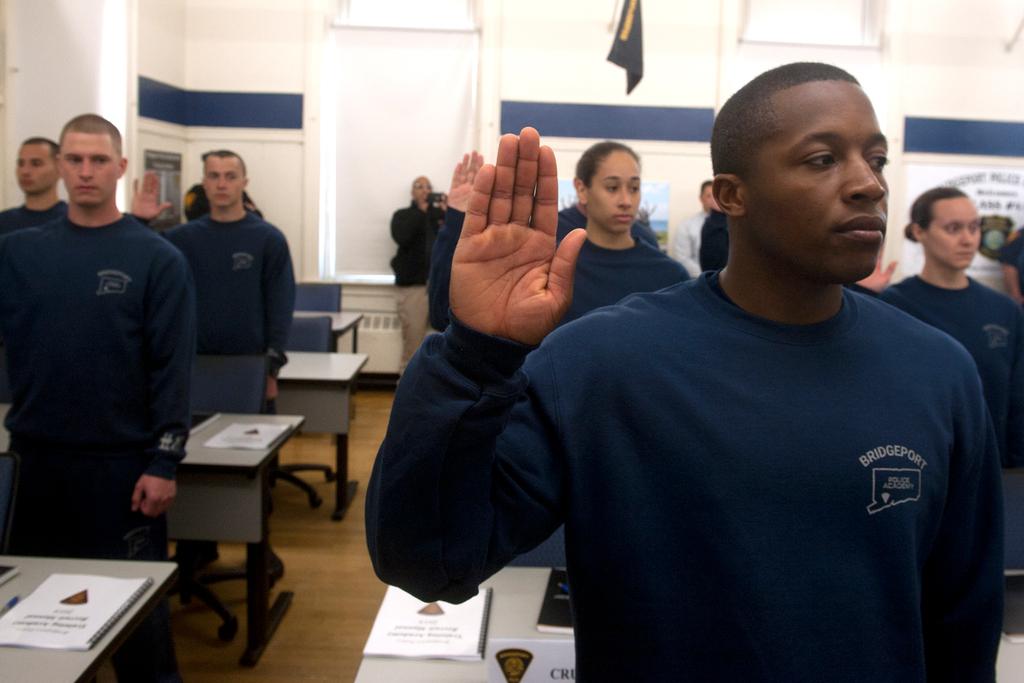 And while both sides are mum on the slow-moving contract negotiations with the police force, a new employment contract with a different set of employees could indicate Mayor Joe Ganim’s administration is preparing to shoulder a bigger chunk of the health burden for not just the Police but also to take over the rest of the city workforce.

Earlier this month, the employment agency forwarded for City Council approval a new four-year contract for about 115 public sector workers who maintain roads, parks and sanitation — retroactive to July 1, 2020. It includes changes to health care services outlined in the Neighborhoods were introduced a decade ago under then-Mayor Bill Finch in an attempt by his then-government to conserve tax dollars.

Under Finch, a Democrat like Ganim, Bridgeport municipal employees began paying more for their health insurance premiums, starting at 25 percent and increasing by 1 percent annually to a maximum contribution cap of 50 percent. For example, members now pay 35 percent of their insurance to the relevant public sector union.

The most recent deal offered to these 115 employees would maintain that 1 percent increase per year but cap the top contribution rate at 33 percent and also reset the amounts paid by those employees so they start fresh with a base contribution of 25 percent.

The importance of this change escapes the notice of members of the Treaty-Only Council’s treaty committee, who will review the pact in the coming weeks, and of that legislature’s president, Aidee Nieves.

“Is this going to be the model for renegotiating contracts?” said Nieves, noting that there are several on the table at the moment, with the police department probably being the most notable.

Eric Amado of the Department of Industrial Relations said, “We cannot speak to active negotiation or negotiation strategy on the part of the city.” He noted that the percentage changes in premium co-payments offered to the union for public facilities “are made possible as a result of union concessions that support Bridgeport’s bottom line and also “strengthen operational services to meet the needs of our taxpayers.”

Amado did not provide further details, but according to the union, the concessions include the elimination of double the hourly wage on public holidays.

The public sector union is part of the same umbrella organization as the police force – the American Federation of State, Municipal and County Employees, or AFSCME.

Renee Hamel, an AFSCME spokeswoman, said in a statement Thursday about the deal with public bodies: “We are happy with this deal.

“The health care cost changes are a positive step and will bring significant savings to our members and help ease some of the burden on them,” Hamel continued. “We hope this agreement will serve as an impetus to reduce high healthcare costs for all the workers we represent in Bridgeport.”

Nieves said it was no secret that “we keep hearing … officers leave, not for morale but for insurance.” But, she added, if healthcare premiums were reduced for all city employees, what would hurt Bridgeport’s budget?

In April, Nestor Nkwo, the city’s budget director, told the council that in relation to the police: “The city is willing to lower the health insurance rate. … But we have to get something for it from the union.”

Since then, the Ganim administration hasn’t discussed the issue further, at least not publicly. However, it’s clear that Bridgeport faces challenges hiring the police force. After last year’s less successful recruitment campaign, another took place last summer. And when that ended, the city immediately launched another action.

Councilor Matthew McCarthy is co-chair of the Contracts Committee. He said he was in favor of “general” health insurance cuts for all unionized workers in the city.

“Anything to take some of the pressure off our workers,” McCarthy said. “It’s going to increase the cost to the city quite a bit, so we need to find savings elsewhere where we’re spending recklessly and inefficiently.”

“I think for most people the idea of ​​working for a community — for a public entity — is that you get pretty decent benefits and protection and essentially trade that for a lower salary,” said Councilor Scott Burns, a budget Co-Chair of the Committee. “But when health insurance costs have just gone through the roof, you lose that perspective. So people will be less interested in working for any church and more interested in working for ours. It (premium reduction) definitely deserves a look. ”

Another member of the contract committee, Jorge Cruz, said: “We have to do something to lower that insurance payment to keep some of these officers entertained. … We train them, we hire them, and the next thing you know, they leave ship for other departments.”