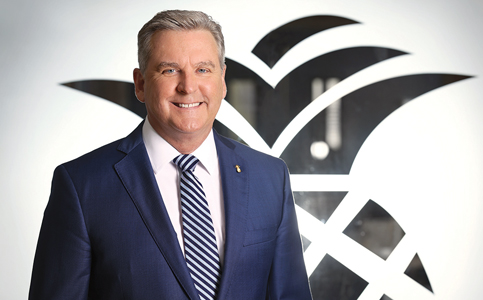 Bo Boulenger: Look to the future of healthcare as Baptist’s new president

His love for his career began at a very young age when Bo Boulenger, now President and Chief Operating Officer of Baptist Health South Florida, saw his father work tirelessly as CEO of a number of major hospitals across the United States. His father was also a medic during World War II, which Mr. Boulenger still inspires.

â€œI lost him when I was very young; he had a structural heart defect that was easily treated today, â€he said. This drives his passion to advance the Baptist institutes, especially the cardiovascular field, but also to drive innovation and recruit the best doctors to expand these institutes.

“Despite all the challenges, I’ve never doubted a career in healthcare, I find it incredibly rewarding, satisfying, and the best part is the people,” said Boulenger. As the head of one of the largest non-profit healthcare systems in the region, he is responsible for around 23,000 employees and more than 4,000 attending physicians who care for more than 1.5 million patients annually.

Mr. Boulenger’s career path includes strategic planning at South Miami Hospital to explore new business ventures, CEO of Homestead Hospital for 12 years, CEO of Baptist Hospital of Miami for 12 years, and most recently COO of Baptist Health South Florida. He has also served as incident commander, overseeing all operations during crises such as hurricanes and most recently the response to a Covid pandemic. and for the past three years he has been an active advocate of integrating Palm Beach County’s hospitals into the Baptist system.

As Baptist leader, Mr. Boulenger was elected by the board of directors to succeed Brian Keeley after five decades with the company. Mr Boulenger is currently President and COO, but is expected to complete the transition process and become President and CEO by the end of 2022.

Although Mr. Boulenger has many responsibilities at his desk, he makes time for community activities and on numerous boards and civic organizations. “I have a great wife and family who support me in what I do and I try to take some time at least five days a week to get into the peloton,” he said.

To read the full article and the rest of the Miami Today issue, subscribe to e-MIAMI TODAY, an exact copy of the printed version.