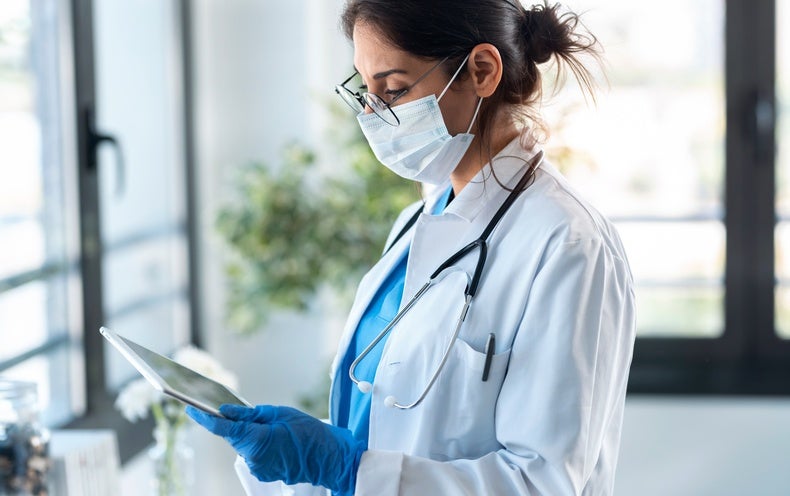 COVID-19 exacerbated various pre-existing racial health disparities, leading to racial reckoning in the medical field. As a result, many medical institutions attempted to make meaningful changes to reduce systemic racism in their teaching and clinical environments. Yet a tool used by almost every doctor on a daily basis, the History of Present Disease (HPI), can still perpetuate medical racism.

“A 21-year-old African American woman presented to the emergency department with diabetic ketoacidosis.” The first line of a patient’s medical history often includes race. Many physicians believe race is an important aspect of clinical decision-making, useful in identifying risk factors and treatment options. However, these labels are inaccurate guides to risk factors and contraindications to treatment, and can even harm patients. In particular, these labels could reinforce racial prejudice and prevent patients from receiving standard medical treatments.

Doctors often self-identify racial and ethnic designations rather than asking patients to identify themselves. Providers who are racially/ethnicly mismatched with their patients—that is, both are from different racial or ethnic backgrounds—can misconflate race, ethnicity, and ancestry. In addition, patients are usually asked to identify themselves in clinical trials. Therefore, when choosing patient descriptors, physicians may reinforce bias rather than claiming a biological relationship identified by researchers. In reality, many patients do not even self-identify in categories used by researchers, making the whole process of categorization obsolete.

Aside from the problem of doctors using inaccurate terms of race, research has proven what scholars like WEB Du Bois and Derrick Bell have maintained for decades: race is a social construct. In particular, a person’s phenotype, how someone presents themselves physically, may not contain meaningful clues as to their genotype, a person’s genetic makeup. For example, a landmark study in the journal science found that two people of European descent can be more genetically similar to an Asian person than to each other. Therefore, even if patients identify themselves, their race is not a clinically valuable identifier.

Finally, the practice is applied inconsistently, where healthcare providers are more likely to include race in a patient’s HPI if the patient is Black American. This pattern of clinicians shows that these labels are often an unwieldy outlet for bias rather than evidence-based clinical practice. In fact, when physicians focus on race, it will distract rather than empower care, negatively impacting aspects of patient care such as the time allotted for a visit.

The relationship between race and certain diseases such as diabetes, sarcoidosis and lupus is complex or not well understood. Some physicians may argue that the race of the patients is necessary to substantiate their differential diagnosis, but outside of race there is a constellation of symptoms that clarify the clinical picture of these diseases, making them an unnecessary adjunct. Physicians who attribute race as a risk factor for diseases such as diabetes, cancer and cardiovascular disease may in some cases miss a diagnosis and misinterpret upstream social determinants of health as inherent genetic differences.

By erasing these modifiable factors (e.g., access to nutritious food, socioeconomic status, stress levels, access to health care, environmental health, etc.) perpetuated by systemic racism, medicine unduly stresses a patient’s genetics. This practice has the potential to fuel racial prejudice in the public sphere, as many people turn to the medical community to understand biological details and operate on objectivity. By using this antiquated practice, physicians may reinforce the misconception that racial differentiation has scientific value rather than a clumsy artifact of the profession.

Unfortunately, in addition to fueling racist beliefs, this practice can result in direct physical harm to black and brown bodies. In certain medical formulas, such as estimated glomerular filtration rate (eGFR) and vaginal birth after cesarean section (VBAC), including a black or non-white Hispanic patient’s race in the calculations could prevent her from receiving a kidney transplant or offering a vaginal birth .

Additionally, coding a patient’s race on their medical records can prevent them from receiving quality treatment. Clozapine, a potent antipsychotic, is underprescribed in the African-American population due to fear of benign ethnic neutropenia (BEN), defined as an absolute neutrophil count (a type of white blood cell that helps support a person’s immune system) below 1,500 microliters. BEN is a diagnosis created when it was discovered in the 1940s that African American populations had lower neutrophil counts compared to white Americans. However, this lower white blood cell count was only relative and did not lead to an increased risk of infection. Today, many African-American patients who would benefit from taking clozapine are either not offered it because doctors fear BEN, or go without it themselves when told they need invasive blood draws and frequent monitoring.

The preconceived correlation between Black Americans and BEN has also impacted breast cancer treatment in African American patients. Studies show that there are differences in breast cancer survival between black Americans and white Americans. Aside from socioeconomic status and differences in healthcare, the discrepancies may be related to the fact that doctors are more likely to reduce doses and discontinue chemotherapy treatments in African Americans, concerned about having lower absolute neutrophil counts at baseline, which in turn reduces survival rates.

It is important to note that BEN patients do not have an increased risk of infection or neutropenic fever after starting chemotherapy compared to other cancer patients. So these race-based clinical decisions can do more harm than good. Overall, the use of race as a medical tool in a patient’s HPI has social, historical, and medical implications and needs to be reconsidered.

Many doctors find it crucial to include breed in the patient’s chart. They argue that it’s an important medical indicator, a convenient substitute for genetics. But if physicians are really trying to identify whether patients are carriers of genetic allelic variants that cause severe drug reactions (e.g., antiepileptic drugs that cause toxic epidermal necrolysis in people with HLA-B*15:02 alleles) or they impose an immensely higher value for disease risk (e.g., the Duffy antigen/receptor chemokine gene and neutropenia), then gene mapping should be performed in high-risk patients. Although genotyping is a more expensive option, it is hardly cost-effective to refuse patients gold-standard treatments, which have better health outcomes and side-effect profiles, because of suspected race. Above all, this kind of graduated treatment is inhumane.

Some medical professionals are already recognizing the lack of a basis for the use of race-based medicine. For example the New England Journal of Medicine The highly regarded Massachusetts General Hospital Case Records weekly section does not mention race in the first set of case histories, or at all. In Canada, a country with immense racial diversity and good health outcomes, neither the Canadian Medical Association Journal nor the Canadian Journal of Surgery report race in their case reports. To be clear, a “color blind” approach isn’t ideal either. Understanding breed is important for research into health differences. However, when collected in research settings, it can be done in a self-identified, consistent, and consensual manner.

Finally, medicine reaches a turning point. The National Kidney Foundation recently announced that it would no longer use race as part of its eGFR calculation for kidney function and transplant urgency. Changes like these illustrate that these are not just radical arguments embedded in social justice. They are sound, scientific arguments embedded in evidence-based medicine, with the core goal of providing the best possible patient care.

Genetic inaccuracy, lack of patient self-identification, and biased use of racial labels by providers when writing HPIs make perpetuating racism more likely than optimizing patient health. In general, listing a patient’s race on the first line of their medical history is not clinically helpful in understanding their disease or in creating a treatment plan. Factors such as family history, insurance status, work, transport, diet and housing situation are medically more meaningful. If the medical profession is serious about addressing racial disparities in health, they may need to reconsider some of their basic tools. Civil rights activist Audre Lorde wrote, “The tools of the master will never dismantle the house of the master.” If we unquestioningly continue to use tools developed by the mostly white ancestors of the medical profession, we may never truly change racial disparities in health.