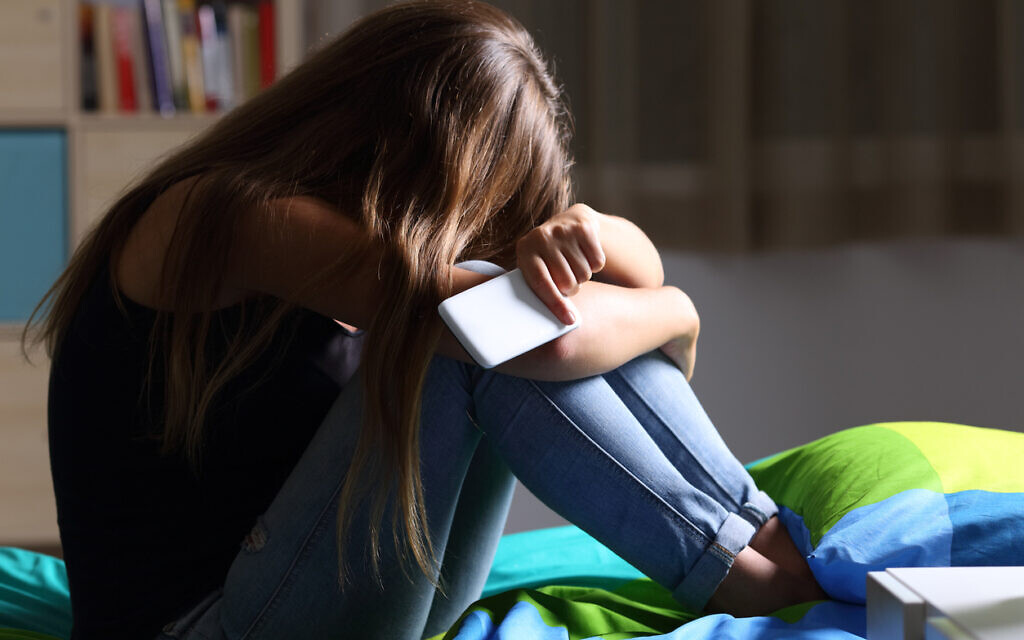 Young Israelis are flocking to a new psychological “first aid” course started by a teenager frustrated that too often adolescent mental health is sidelined.

Around 3,000 people are currently taking part in the free online course. When the pilot phase ends next month, it is expected to become an integral part of the government education portal CampusIL, attracting tens of thousands of users.

“Like many young people, I took a regular first aid course,” Maayan Cohen, a 17-year-old from Jerusalem, told The Times of Israel.

“I thought it would be pretty unlikely that I’d apply what I learned, but there’s a good chance I’ll end up in situations where people need help with mental health issues,” she said.

That was only six months ago, and Cohen’s project was progressing rapidly.

The course launch comes as professionals grapple with the impact of the pandemic on mental health.

A large data study from Israel recently showed that mental health problems among teenage girls have increased sharply since the first lockdowns in early 2020. The number of teenage girls diagnosed with depression has nearly doubled since the pandemic, as has their use of antidepressants and antipsychotics, up 40 percent and 68 percent, respectively.

The focus of Cohen’s course is on recognizing distress and taking first action – hence the title, First Aid.

Topics include how to define a trauma situation, how to recognize when someone is in distress, and how to help them.

There is a lengthy discussion on how teens can read and stay alert without worrying unnecessarily. “There’s an emphasis on recognizing the signs when people are in distress, as opposed to regular signs of puberty,” Cohen explained.

She said she has become increasingly interested in mental health issues after hearing about multiple cases of teenage suicide and also learning about the negative impact the pandemic is having on teenage mental health.

Cohen said she believes her course can help raise awareness and encourage kind peer intervention in a world that many teens find increasingly challenging from a mental health perspective.

“The general hope is that people around them will be more aware and know better what to do when someone is in a mental health emergency,” she said.

Cohen is part of LEAD – Israel Youth Leadership Development, a non-profit organization that encourages teenagers to take on leadership roles in society. It helped her connect with partners, create a course, and get it online.

The mental health charity ERAN supported her and set up a 30-hour study program together with psychologists and psychiatrists. It is currently only accessible to people who have signed up for the pilot, but will be available to everyone in a few weeks after the pilot is complete.

Israeli cuisine is taking the world by storm. Here is Your chance to join…

The Times of Israel Community is excited to introduce our new virtual cooking series, B’Teavonwhere world-renowned chefs will show you how to prepare classic and modern Israeli dishes.

You are an engaged reader

We are very pleased that you have read X Times of Israel article Last month.

That’s why we launched the Times of Israel ten years ago, to provide discerning readers like you with essential coverage of Israel and the Jewish world.

So now we have a request. Unlike other news agencies, we have not set up a paywall. However, as the journalism we do is expensive, we invite readers who have found The Times of Israel important to support our work by joining The Times of Israel Community.

Many Thanks,
David Horovitz, founding editor of the Times of Israel